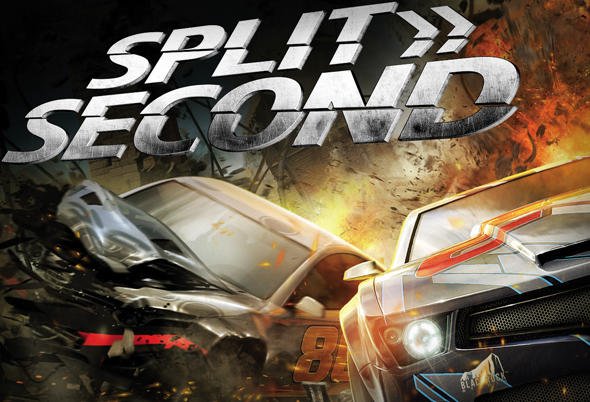 Turbo charged cars, collapsing buildings, exploding bridges, this game has it all. Every race feels like you’re the star of a Hollywood blockbuster where the special effects department has gone totally wild.

The game is made up of 12 episodes. Each episode plays like a reality TV show where a commentator introduces the stage and you participate in a series of destruction-packed challenges broadcast live for entertainment. As you drift your car around corners, get big air off ramps or have a really close shave, your power meter will climb. With enough power you get the options to unleash mayhem on your fellow competitors, everything from exploding buses, swinging cranes with massive loads or toppling ferry boats on to the track. This game is littered with hazards so the mayhem seems relentless as you throw your car around the courses at high speeds.

There are various types of challenges, the first being a traditional race where you go head-to-head with 8 competitors. Other modes include elimination (which we were particular fond of); in this mode every 20 seconds the person in last position instantly explodes until there is only one car left on the road. Survival mode pits you against vehicles such as a military helicopter as it fires missiles at your car while you see how long you can last. As you progress through the challenges each episode offers an elite race which by completing, allows you to progress to the next episode. As you complete the challenges you earn credits which in-turn unlock bigger, stronger and faster cars for you to race.

Split/Second is a whole load of fun. It’s fast, furious and the two to four minute action-packed challenges will always keep you coming back for more.