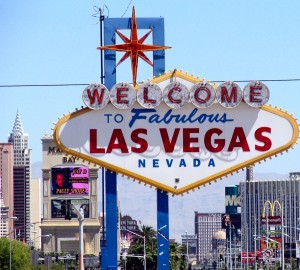 You don’t so much visit “Vegas” as smash right into it, rearing up out of the Nevada desert like some giant flashing, flexing one-armed bandit – its supersized follies, casinos, hotels, shows, restaurants, bars and malls all vying for queer attentions.

Indeed, your plane well-nigh lands on The Strip: that miracle mile or three of stylish yet quintessentially teeth-‘n-tits facade, like an old-style all-American frontier town’s main saloon-lined street – on acid. Not-so-mini versions of the Eiffel Tower, Lady Liberty and Sphinx go head-to-head with real-life lions, exploding volcanoes and eternally sinking pirate ships – plus a plethora of quick-hitch wedding chapels.

Of course, you don’t have to go seriously astray in “Sin City”. Beyond the gaudy gambling glitz, Vegas is awash with world-class shows, boutique labels and fine dining; plus chic hotels ‘n spas.

As if the shows, spas ‘n shops weren’t enough to make Vegas a top gay US destination! Then there’s the sizable scene – with mini-clusters on Naples Drive near the airport, plus Downtown – including:

VIVA ELVIS: THE KING IN THE CITY! 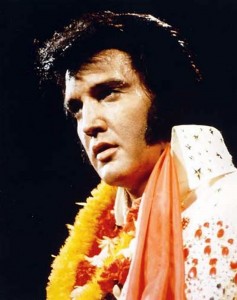 Vegas wouldn’t be half so gay without the King! Never forgotten. 365/24/7 impersonation, celebration. 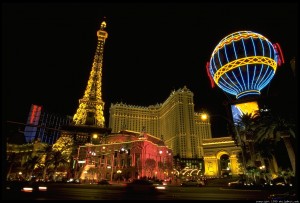