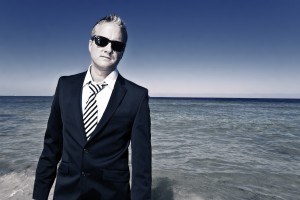 Robbie Rivera is one of the world’s most prolific DJs and producers. He started his own record label, Juicy records, back in 2000 and hasn’t looked back since. His weekly night Juicy Ibiza has just jumped ship (as have most club nights in Ibiza this year it seems) to every Tuesday at the biggest club in the world, Privilege. Promising (and delivering) a mix of edgy glamour and the best underground house music, expect guest DJ slots from major international names such as Kaskade, Inpetto, Vandalism and Stonebridge.

Described as “a little Miami sunshine on la Isla Blanca”, the launch party in July was packed to the rafters, no mean feat as he’s on the same night as clubbing giants Carl Cox at Space and Fedde Le Grand at Pacha. If you’re in Ibiza this year, there’s now 2 weekly essential nights at Privilege each week (the other being gay favourite SuperMartXe on Fridays)

As a dance4life (an international initiative set up to involve and empower young people to push back the spread of HIV and AIDS) supporter, Robbie has also decided to donate 1 euro from every ticket to Juicy. This money will go to the further development of the dance4life schools project in Ibiza and the mainland of Spain.

This year, you can also bring Juicy Ibiza 2009 to your home, with the release of a double mix CD or download which is now available. Robbie has handpicked the finest summer tunes from his very own Juicy Music label and melted this into 2 steamy summer mixes of the finest in sexy, dirty house music. The track listing is a who’s who of who’s hot in 2009 from Deadmau5, Jaimy & Kenny D to Joachim Garraud. An unashamed workaholic, when Robbie’s not travelling or remixing, he is locked in either his Ibizan or US studio, infusing the sounds he hears on his travels, expect many of his own productions from the man himself on this release too.

His distinctive brand of dirty and electro-tinged house ignites dance-floors across the globe. On a continuous world-tour, and with a diary resembling an airport departure board, his music has regularly packed-out the dance-floors from Poland, Brazil and Australia to his birth place of Puerto Rico and his hometown of Miami.

Find out more on Robbie @ www.robbierivera.com. Juicy Ibiza 2009 runs throughout the summer every Tuesday (until 8th September) at Privilege. www.privilegeibiza.com