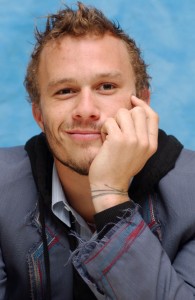 Heath Ledger was found dead on 22nd January at a downtown Manhattan residence, and police said drugs may have been a factor. He was 28. The Australian-born actor was nominated for an Oscar for “Brokeback Mountain,” where he met his wife, actress Michelle Williams, in 2005. Ledger and Williams had lived in Brooklyn and had a daughter, Matilda, until they split up last year. Ledger was to appear as the Joker this year in “The Dark Night,” a sequel to 2005’s “Batman Begins.” He’s had starring roles in “A Knight’s Tale” and “The Patriot,” and played the suicidal son of Billy Bob Thornton in “Monster’s Ball.”

Screen star Mel Gibson, who starred alongside Ledger in the film “The Patriot”, said his thoughts and prayers were with the younger actor’s family.

“I had such great hope for him,” Gibson said in a statement released by his publicist. “He was just taking off and to lose his life at such a young age is a tragic loss.”