Skip to content
All Articles Entertainment Travel
May 2, 2007May 22, 2022 terrygeorge Travel 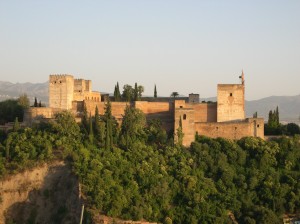 Granada is a dramatically-landscaped uni town brimming with young cuties yet with a rich Moorish past, set amidst the Sierra Nevada mountains, a cool 685 metres above sea level – topped by one of the world’s great citadels. Also, birthplace and home to one of Spain’s most famous LGBTs: poet and dramatist Federico García Lorca, who was executed by Franco’s fascist homophobes in July 1936, at the start of the Spanish Civil War. Granada now, mercifully, has much to offer its visiting queers.

TO SEE
Spend a day exploring the most stunning Arabic monument in Spain, strewn majestically across the Alhambra hill – including the Alcazaba fortress, Generalife gardens and Nasrid Palaces. Dating back to 1238 in parts, it is an exotic Moorish splendour. Then, meander through the warren of bustling shop-and-café-lined streets in the Albaicín district, on the hill opposite; and, as darkness falls, tour the gay venues, some of which cluster – somewhat aptly, given the currently weakened state of Spain’s Catholic Church – just to the side of the Cathedral quarter. Note: No one hits bars or clubs here pre midnight!