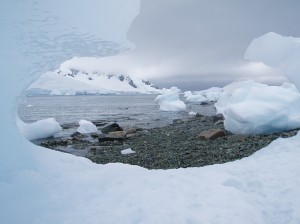 Who says penguins are the only gay thing in Antarctica? Bent’s intrepid explorer, Adrian Gillan, heads south on an LGBT-friendly cruise – to discover the most remote, magical and awesome place on Earth.

OK, so you’ve done the gay safari in Africa and sampled queer Mongolia. So that’s rather that, isn’t it? Wrong!

Gay-beckoning Antarctic tour operators, Antarpply, can’t wait to give you a warm welcome on one of their 10/12-day cruises, Nov-March, from the tip of South America across to the continent’s peninsula and surrounding islands – not least the South Shetlands. A veritable feast of icebergs plus a frosty wildlife safari, offering an abundance of spectacular marine mammals and bird life, including unique species of seal, penguins, seabirds and some of the best whale-watching the world can offer. Enjoy the 80-passenger, 40-crew ice-strengthened M/V Ushuaia – complete with bar, library, lounges and a 24/7 “open bridge” policy where you can go up and fraternise with the dishy, young crew.

Package includes all meals and non-alcoholic drinks aboard ship; all shore excursions and activities throughout the voyage; lectures by expedition staff; an experienced expedition leader and team, including a doctor; and a detailed post-trip log and “Antarctic Expedition Certificate”!

Pack your thermals, sunglasses, sea-sickness pills and factor 50+ cream! Next stop: the Moon!

Antarpply are an IAATO-regulated company operating gay-friendly 10-12-day tours, from Ushuaia – the world’s southernmost city, on the tip of Argentina, near Cape Horn – to the Antarctic Peninsula and South Shetlands. Expeditions go through to late March 2007 (the end of the Antarctic Summer) and start at around £1800 (excluding flights to/from Ushuaia). For more info, including other Antarpply tours: www.antarpply.com