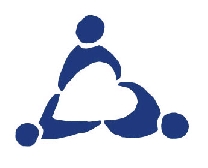 A Brazilian couple have been granted adoption of a five-year-old girl in a landmark gay ruling in San Paulo, according to the BBC.

Vaco Pedro da Gama had already adopted the girl, Theodora, but his partner Junior de Carvalho was not recognised as a legal guardian.

Although lesbians have been granted adoption rights twice before, this is the first time the courts have allowed a gay male couple to adopt.

“If they had tried to adopt as a couple, probably Theodora would not be with them now,” their lawyer explained.

Brazilian media speculate this type of ruling will be restricted to San Paulo, which has a massive gay population. The move, however, is suggested to be a part of a wider liberalisation of Brazil’s strict gay rights laws.