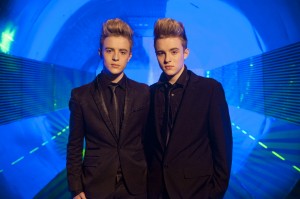 Apparently there’s no business quite like show business, and with the constant introduction of new celebrities into the industry, it seems there’s also no business quite so cramped.  One way to help eager fans wade through the excess of stardom’s newest and brightest talent has been the reduction of their names into words barely making two syllables.  So over the past few years the likes of Robert Pattinson, John and Edward and erm, Kevin Federline have become RPattz, Jedward and K-Fed; which is handy for those with short term memories or a disliking for letters.  However, the erosion of names is not the only noticeable difference though between stars of today and stars of the past, as flick on any digital television channel and there’s a chance reality TV will be turning another member of the public into a household name, or reminding us of how much we love Peter Andre.  But it isn’t just reality TV which is at the root of all things celebrity, as come on, we all kind of loved Andre anyway, no there’s definitely something else going on which we just can’t admit to.  It seems that deep down, no matter how much it’s denied, everyone has started to become a bit of a stalker.  This doesn’t mean the nation as a whole has suddenly started riffling through the bins of John Barrowman, though given half the chance I’m sure a few would, and it’s not stalking in the traditional sense, but rather it’s the feeling that everyone is getting a little obsessed.

Take the hugely popular Twilight series, which if the rock hard abs of Taylor Lautner somehow managed to pass you by last year, is a series of books and films about a girl who falls in love with a couple of creatures of the night.  Ok, sounds like something a few lads would find familiar, but they probably wouldn’t get the kind of attention that the young stars of the films get; well not unless these creatures of the night started making a scene down Canal Street on a Saturday.  These young stars including the aforementioned RPattz and Lautner are constantly finding themselves being followed left, right, and all over, by a growing horde of super-fans.  These aren’t just ordinary fanatics, the Twihards as they’re called, have even made it into the internet’s Urban Dictionary where there are more than a couple of definitions for them, thanks to their ability to know practically everything there is to know where Twilight’s concerned.  The strange thing is, apparently this is now quite acceptable, and is a clear sign of how much celebrity has become part of the norm.  There was even a DVD out called Robsessed last year, which was the first exclusive RPattz documentary, meaning guys up and down the country could get there fix without having to hang around with a bunch of screaming teens who had actually read the books.

These same teens may have also been responsible for last year’s rise to fame of Jedward on X-Factor, who transformed from unknown Irish twins into headline-grabbing household names, in less time than it takes to check an ex’s Facebook status.  The Jedward phenomenon saw youngsters flocking to the X-Factor house in the hopes of catching the twosome’s eyes, or any other bits of them not hidden behind a pair of curtains, and gave everyone else something to moan about on Twitter.  It didn’t matter what side of the Jedward argument you stood for, the simple fact was that no one could stop talking about them, meaning hunks like Jamie Afro were left rocking out on the sidelines whilst the duo rose in popularity.  Clearly this was a shame as just imagine the possibilities with Jaime’s hair and a night in with the straighteners!  Still this year will see yet more opportunities for guys to get a little obsessed over thanks to the release of another Twilight film, another Harry Potter and a variety of reality shows throughout 2010, creating endless arguments with the hubby over who can skate the best or whether or not Ron Weasley is fit?  Either way there’s a good bet whatever the answer is to that one, there’s bound to be a group dedicated to it on Facebook where those not usually happy to admit it, can electronically voice their opinions without fear of being ostracised by the guys who have a thing for Harry.