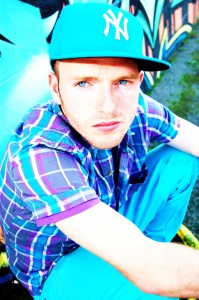 Making Boys Envious
Gay and rapping isn’t something that you put together that often, Simon Savidge caught up with MC Envy a new face to watch out for later in 2008 when his debut album comes out. In his first interview they discussed stereotypes, Pride, classical music and getting his kit off.

So make up a rap for Bent Magazine that expresses who you are?
Ok… I’m 21, up and coming, breaking out on the scene,
I’m MC Envy debuting in Bent Magazine,
I’m representing London, East side, E14,
so check this interview and find a little out about me…
Very good. You’re a bit of an enigma; gay, classical pianist… now rapper, what’s the deal?
Yes, I was a classical pianist from 13 to 15 and then my piano teacher died and the next one was all money – no heart. I then got into DJing and from that came MCing and then the rapping. There’s some classical music in my music and it’s helped me in writing and producing. I am quite straight acting and people don’t think I am gay, when you tell people and they are shocked it’s quite a buzz. I don’t wanna be stereotyped; there is enough of that out there.
How do you get an MC name? Could I be MC Savidge?
Ha, ha, I dunno depends on how good your skills are. I started off as Reecy P from my real name, then when people seemed to be doing better than me I became envious and MC Envy, hopefully one day people will be a little bit envious of me. We’ll see…
Tell me about the album.
It’s called ‘Do Not Approach These People’ and is out late August, the single called ‘Please Don’t Cry’ will be out after it I think. It’s a real mixture of sounds and influences. The inlay is cool in each shot I am wearing a colour of the rainbow flag, subtly passing a message on.
Can we expect quite a hot video, you and some greased up men?
We haven’t made the video yet but one song is all about girls and boys in a club, maybe we will do something then with semi naked boys and girls and get it a bit hot and stuff, it’s an idea… I wouldn’t complain.
Your doing Pride this year, how did that come about?
Pure harassment I begged and pestered and pleaded.
Is it important to you?
Yeah I think it’s a time when we can express ourselves and also a time we come together for something good. I think some people just see it as a piss up and forget the history and purpose.
Who are your icons?
Ha, ha, you want me to say Madonna or Kylie? Its people like Kano and Dizzee Rascal who really opened up MCing and rapping for UK artists.
What are your thoughts on Q Boy, can we expect a rap off?
Ha, ha, no not at the moment. I think he is changing his sound from Hip Hop to more electro. I have a lot of respect for him and what he has done… I think his music is great. I wanted to work with him on stuff but we have both been really busy, maybe on another album. I ain’t gonna bitch him down.
Are you single?
For promotion I should really say yes, but my fella would kill me. I’m taken.
In the lead up to the album and single can we expect to see you stripping off?
Ha, ha, ha no. I dunno some people like that don’t they, some people do it on stage and all that. You see if I had the looks and body of some men out there then why not? Maybe if I buff up a bit for the next album, though people like a bit of rough don’t they? I do, I am an XXL boy, normal guys you know?
The album ‘Do Not Approach These People’ will be out on 31st August.
For more info on MC Envy check out www.myspace.com/mcenvylondon