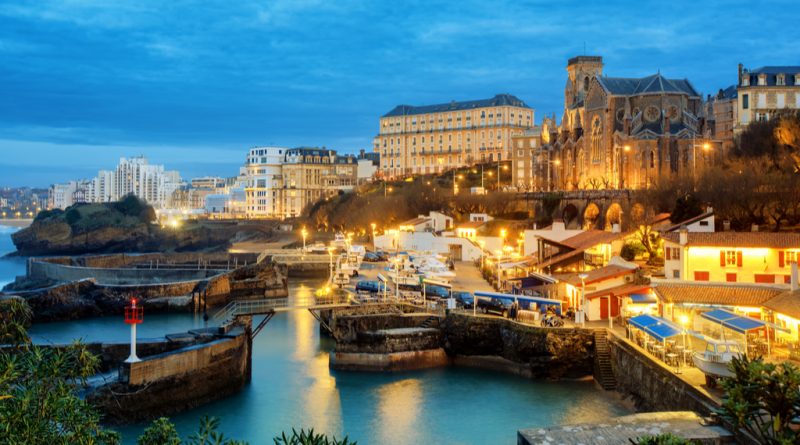 Scarce 20 miles from the border with Spain, in sight of the very foothills of the Pyrenees, on the southernmost stretch of the vast French Atlantic sweep of the Bay of Biscay, where sandy beach meets craggy rock: merely 30,000-populated Biarritz is a luxurious seaside tourist destination, known for its aristocratic history, casinos, spas and surfing culture. And those Basque boys! 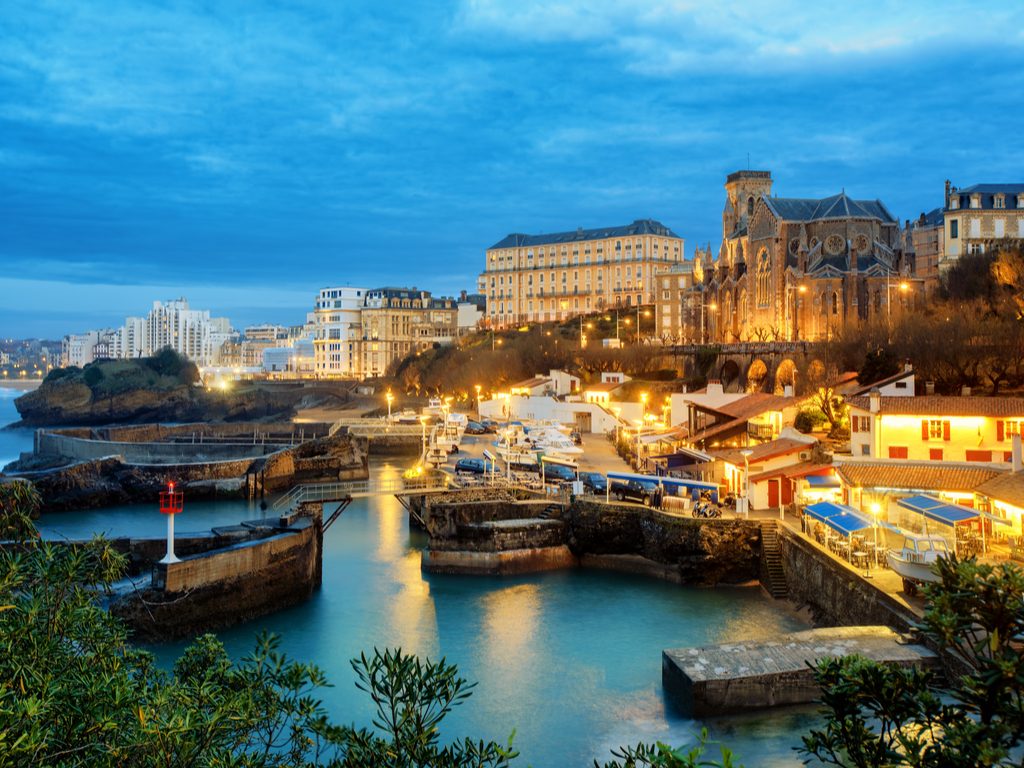 Biarritz-Anglet-Bayonne International Airport is just 2 miles from the town centre, via frequent buses.

The majestic marine arc of Biarritz – hubbed each side of the rocky Rocher de la Vierge outcrop, tiny Port Vieux beach and cutsie little fishing harbour; stretching north to the lighthouse and south towards Spain – is, naturally and wonderfully, absolutely free! 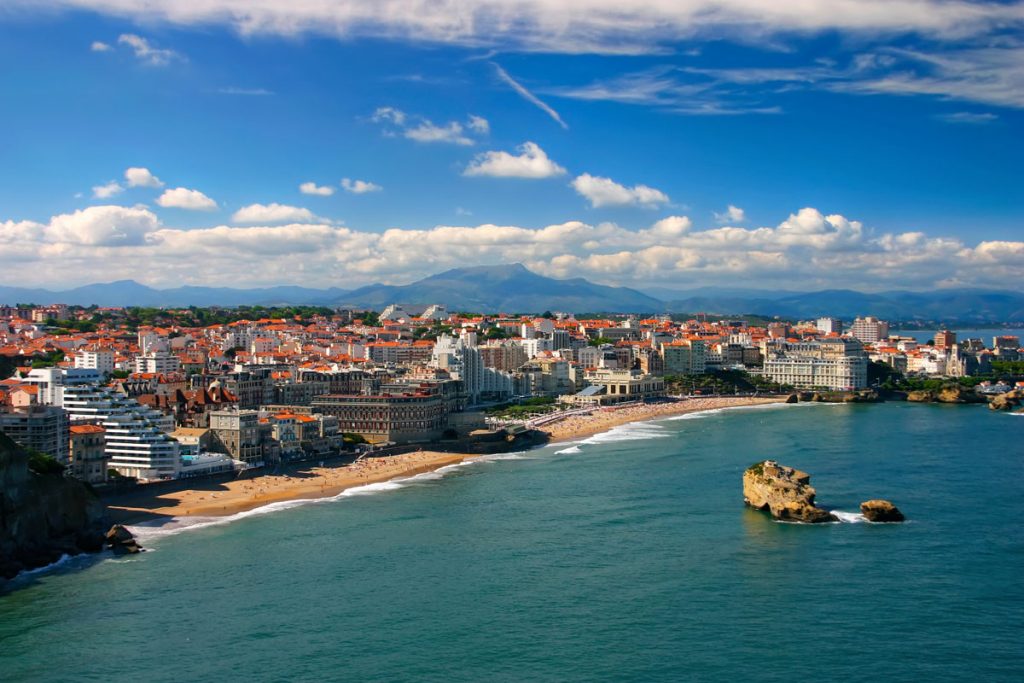 The main Grand Plage beach, north of centre, can get a tad crowded, but there is also a long surfers’ beach south of centre, the Côte des Basques, which hosts the annual Biarritz Surf Festival. The first ever person to surf in Europe is thought to have done so right here, back in the mid-1950s.

Sights in Biarritz include:

Gents oft “take airs” of an eve in the steep gardens just south of the lighthouse. As ever, beware.

Gay Pride Biarritz is mounted every late June, around the longest day.