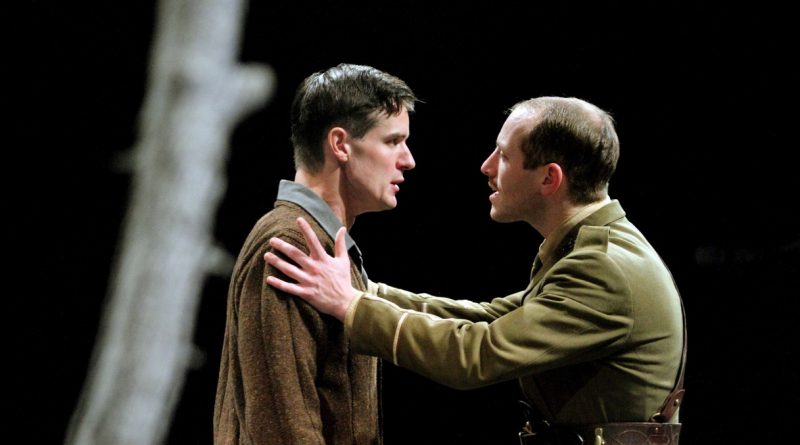 A hundred years on since WW1 ended, Bent’s Adrian Gillan hails the timely revival of a play exploring war, pity and poetry; and the  friendship between two Great War gay greats!

First performed in 1982, at the Edinburgh Festival, Stephen MacDonald’s two-hander Not About Heroes examines the real-life relationship between WW1 poets Wilfred Owen and Siegfried Sassoon.

Sassoon, who survived the war, relates the story via extracts from actual diaries and letters, and via a series of flashbacks, mostly to scenes set at Craiglockhart War Hospital near Edinburgh, where he and Owen first met, as fellow patients, in 1917.

The play’s title is a quote from Owen’s famous preface to his collected poems that were only published posthumously, he himself being killed in action just a week before the end of hostilities: “This book is not about heroes… The subject of it is War, and the pity of War. The Poetry is in the pity.” 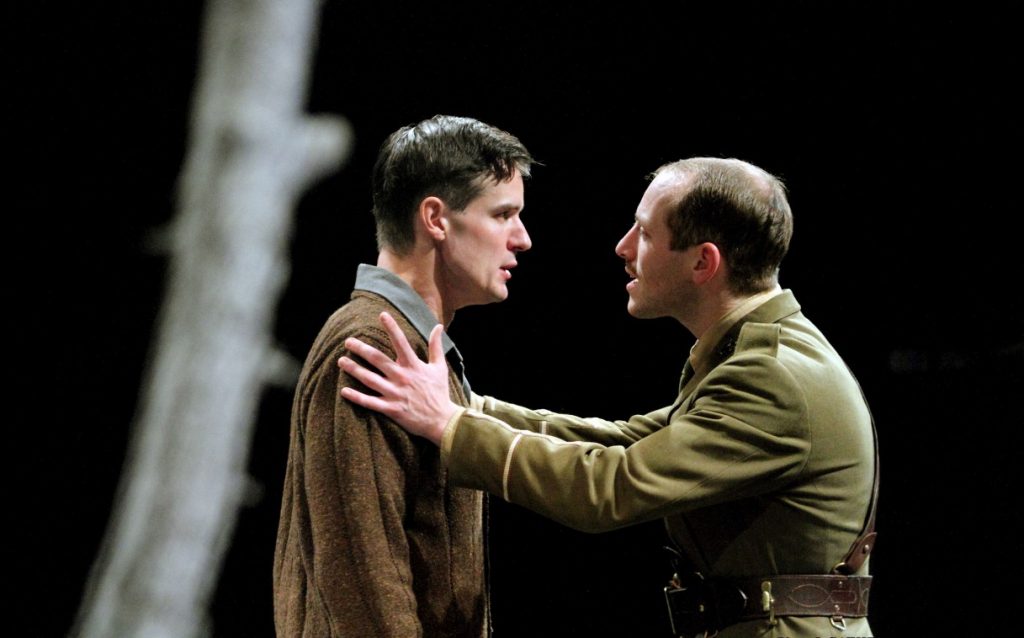 The original Edinburgh production toured and came to the King’s Head Theatre in London, and was adapted for Yorkshire TV and BBC Radio 4. Subsequent numerous stagings have included the Royal National Theatre; the Glasgow Citizen’s Theatre; a tour that took in Craiglockhart Hospital itself; and another tour that took in the Imperial War Museum North, Cabinet War Rooms and Trafalgar Studios in London. There have also been several productions overseas, notably in North America and Australia.

Presented by Flying Bridge Theatre Company and Seabright Productions, this latest rendition has already won a Best Actor accolade at the Wales Theatre Awards for Daniel Llewelyn Williams, who reprises his role here as Sassoon, alongside Owain Gwynn as Owen.

These two actors are quite remarkable, Llewelyn Williams’ outwardly coldly suave yet inwardly sensitive and traumatised Sassoon contrasting effectively with Gwynn’s outwardly shell-shocked gentle yet inwardly steely and ultimately transcendent Owen. The shifting dynamic of their mutual respect and the moral ambiguity of their combative motivations – including crude revenge, homoerotic camaraderie, disproof of self-doubt and a sheer existentialist drive to live life on, even over, the edge – add an all-too-human complexity and depth to the drama, which bubbles up organically, from time-to-time, into recitals of the now famous war poetry; and which is punctuated, throughout, with humour, both light and dark.

This London run has concluded an acclaimed two-year tour, commemorating the centenary of the ending of The Great War, the very last show happening on 11 Nov, Armistice Day itself.

Sent to France in 1915, Sassoon was nicknamed ‘Mad Jack’ for near-suicidal bravery, being decorated twice, including a Military Cross. Wounded in 1917, he came home – increasingly, and publicly, disillusioned with the war. Treated at Craiglockhart War Hospital near Edinburgh, he there met, and influenced, Wilfred Owen.

Returning to France in August 1918, Owen was himself awarded the Military Cross for bravery in October, and was killed on 4 November while trying to lead his men across a canal. His parents received news of his death on 11 November: Armistice Day. 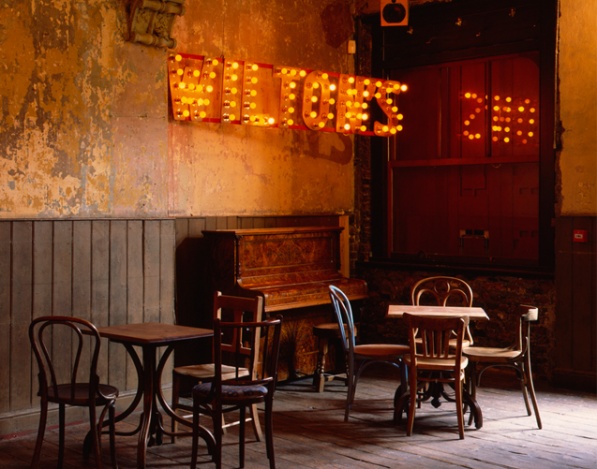 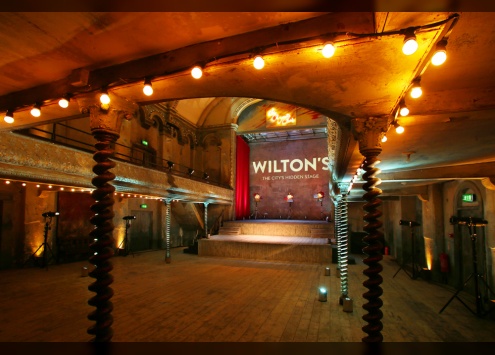