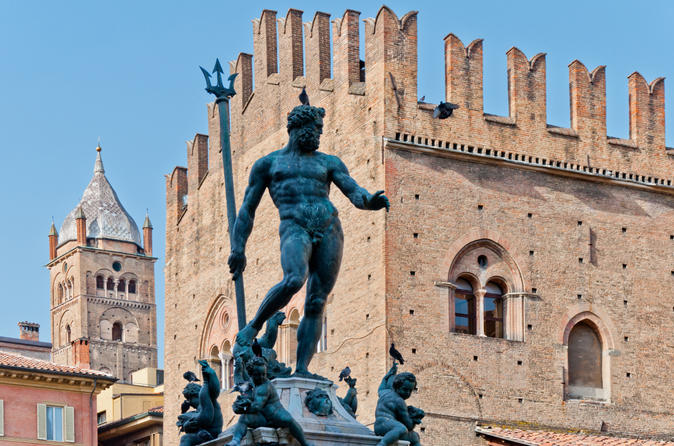 Where the boys are as saucy as the food! Adrian Gillan savours pastas and porticoes, towers and testosterone in student-swollen Bologna! And all a mere short flight away, on fab easyJet! 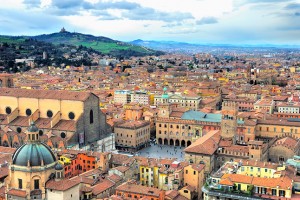 Largest city, and capital, of the Emilia-Romagna region of Northern Italy, 400,000-populated Bologna is the seventh largest city in Italy, with a wider metropolitan area of around a million. It lies on the edge of the Po Plain at the foot of the Apennines, where the Reno and Savena river valleys meet. Its present name derives from early settlers, the Celts (Bona) and then then Romans (Bononia).

Bologna was, for a time in the Middle Ages, the fifth largest city in Europe, and is home to the oldest university in the world, the University of Bologna (founded 1088) – whose former students include Dante, Petrarch, Thomas Becket, Erasmus and Copernicus; and whose current scholars number around 100,000, that’s about a fifth of the total population of term-time Bologna!

The city is famous for its vast well-preserved and restored historical centre with its towers and long porticoes; for its wide-ranging native luminaries, from scientist/engineer Marconi to painter Morandi, from gay film director Pasolini to composer Respighi; for its food, notably its eponymous meat-based pasta sauce (a.k.a. ragù), and fine wines; for being the sporty home of Lamborghini and Maserati; for being one of the wealthiest cities in Italy, oft topping quality-of-life rankings in the country; and for its long-standing left-leaning politics and liberal attitudes that have – along with the aforementioned hordes of students – in no small way helped foster a sizable and thriving gay scene. 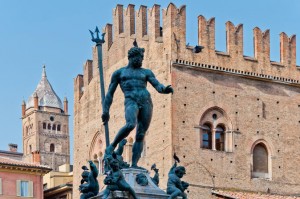 And, with ace low-cost carrier easyJet serving Bologna from London Gatwick, you can be in town in no time at all – and with a little extra cash left in your pocket to spend once here! Punctual, and with highly personal, yet professional, service, easyJet always delivers what it says on the tin! We love ‘em!

Stay at stylish yet whacky central hotel-guesthouse Funtanir (via Riva di Reno 47), close to all scene and sights, and a mere short stroll from Piazza Maggiore. Housed in a former plumber’s workshop, fun plumbing fixtures/features abound! All six modern non-smoking air-conditioned guestrooms have private bathrooms with a hairdryer and a shower, plus free WiFi. Relax in the large communal lounge-kitchen area; or out on the pleasant terrace. Friendly, helpful staff too!

Feast at Ristorante La Torinese 1888 a.k.a ‘Al Voltone’ (Piazza Re Enzo 1, Voltone del Podesta) on traditional Bolognese cuisine, where dishes are made only using raw materials produced, and processed, in the province. Ditto the wines. If it’s not from the Emilia Romagna region, it’s not on the menu! Specialties include tagliatelle, tortellini… and lots of sauce! Brill staff!

Student-brimming and traditionally lefty-liberal Bologna has one of the most tolerant atmospheres in all Italy. Note: In Italy, a membership card is required for all gay saunas and cruise bars, usually the Arcigay card or the Anddos card, readily bought at the entrance of such venues – 8-15 €, requiring photo ID on purchase. In Bologna, the Arcigay card is also required for LGBT community hub Cassero. 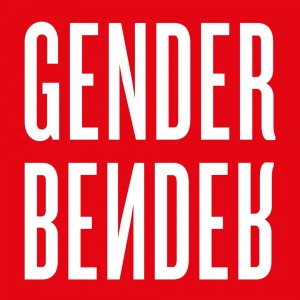 easyJet flies from London Gatwick to Bologna with prices starting from £32.49 per person (one-way, including taxes and based on two people on the same booking). This brill, great-value airline is punctual, offering friendly yet professional service; and boasts a vast and ever-expanding network of other exciting routes, covering much of the UK, Europe and beyond.