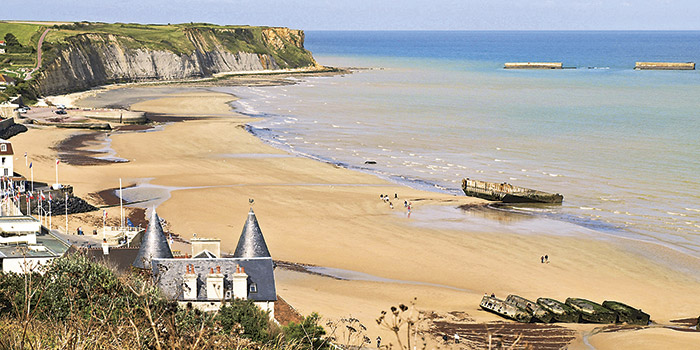 Norman powerhouse and natural gateway to the historic D-Day landing beaches, Adrian Gillan enjoys the culture and scene in student-brimming Caen – a short aerial hop away, on fab Flybe! 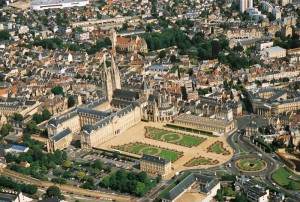 Caen, in north west France, holds the tomb of William the Conqueror, and was an epicentre of battles with the English throughout the Hundred Years’ War in the 14th and 15th Centuries; plus the scene of heavy fighting and bombing during the D-Day Landings and ensuing Battle of Normandy in 1944, which alas left much of the city in ruins. Rebuilt, Caen still retains much of historic and cultural interest, and a nice small uni-fuelled scene.

And, with fab low-cost carrier Flybe serving Caen from London Southend airport, you can be right there, in no time at all – and with extra cash left in your pocket! Punctual, and with highly personal, yet still professional, service, the purr of the propeller engine lives on in many a Flybe hopper route – strangely reawakening the adventurous glamour of a bygone age of travel. We love ‘em!

110,000-populated Caen is the largest city in former Lower Normandy, and the third largest city in all Normandy, after Rouen and Le Havre. The Orne River flows through it into the English Channel a few miles north. Term-time, town swells with 30,000 students! 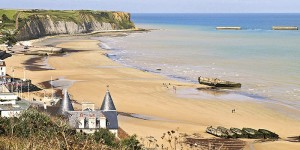 The François D’Ô Hotel (4 rue des Cordeliers; +33 (0)2 31 86 37 15) nestles in the downtown historical district, between the two abbeys and in the shadow of the castle. The original building – home to Cordeliers monks in the 18th Century, and a Benedictine Convent in the 19th Century – was partly destroyed in 1944. All 17 sound-proofed rooms are en-suite and have flat screen TV, a hairdryer and a telephone. A great continental breakfast is served. Free high-speed Wi-Fi throughout.
See

Many of Caen’s main sights are easily reached on foot…

Caen has a small, discreet scene, hubbed around a community centres, a few bars, plus a sauna. 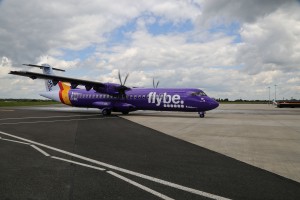 Flybe flies from London Southend to Caen up to four times a week with fares starting from just £29.99 each way. This brilliant, great-value airline is punctual, offering friendly yet professional service; and has a fantastic and ever-expanding network of exciting routes, covering much of the UK and Europe.