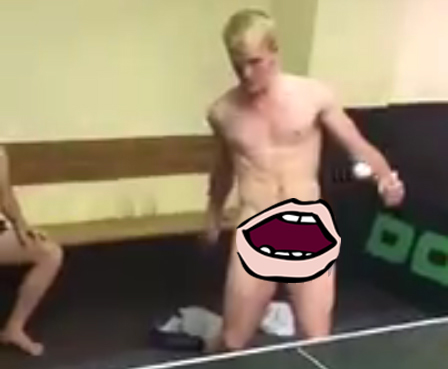 We can only guess what these guys are up to. No alcohol in sight, yet both visible guys are naked? Playing Favourite Toy Table-Tennis? We can only speculate. But we want invites to the next one.

ANYWAY, can you believe he made this shot? This is probably the best thing we’ve seen in weeks. It was tweeted by a young Glaswegian called Deano (@naevaypal) who, to be perfectly honest, we can only understand every other tweet from.
Is that a look of pain or pride right after he hits it?

It’s safe to say this is a feed we’ll be keeping our eyes on!