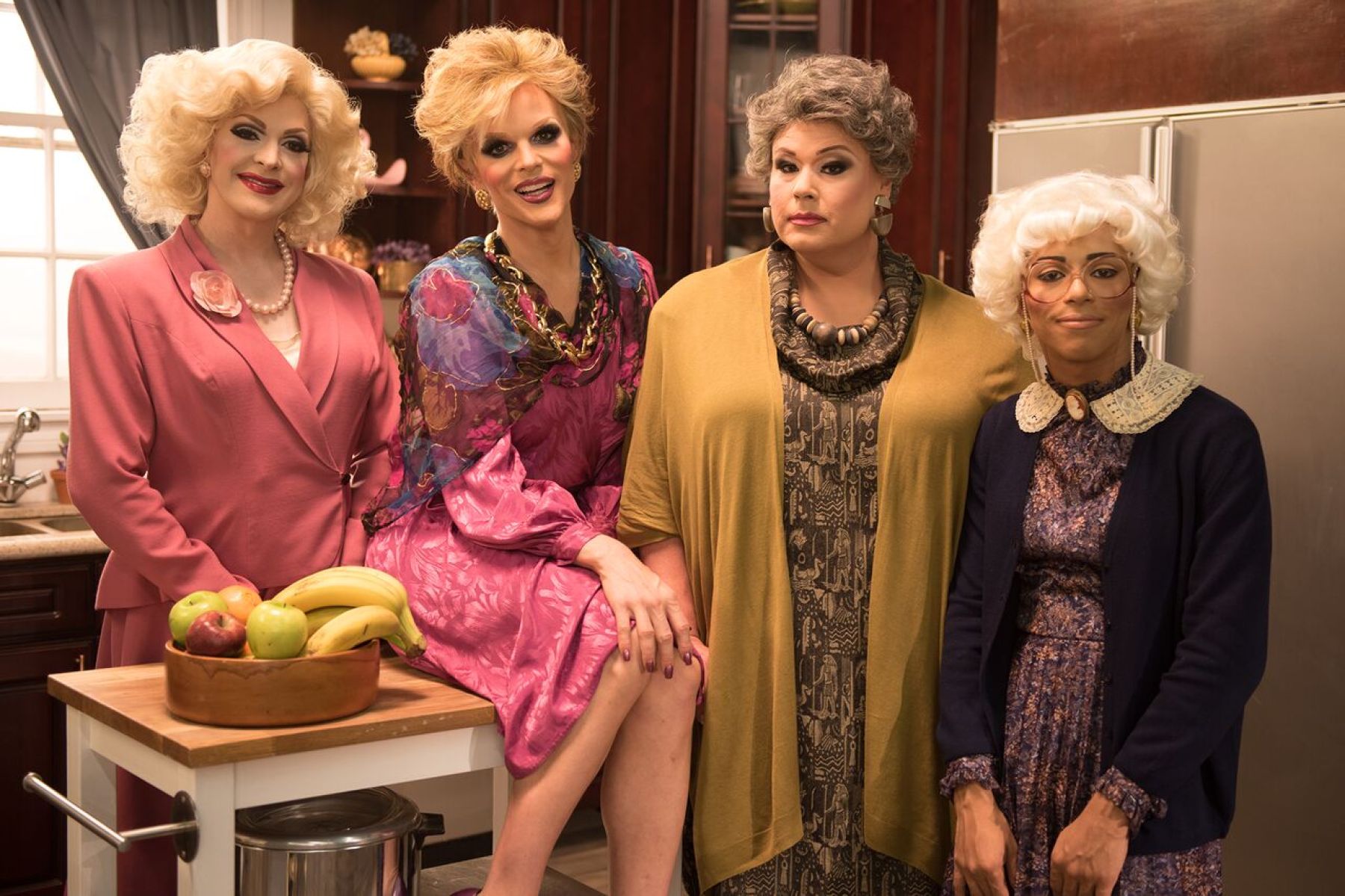 This year marks the 30th anniversary of the hit show Golden Girls and Logo TV is celebrating in the best way possible.

Four of the biggest names to emerge from RuPaul’s Drag Race are coming together to discuss their favourite moments from the show and introduce 30 unforgettable moments.

From the promo pictures, it seems they have recreated the original set from the series as well as transform the four hosts into the Golden Girls. will be playing the wise-cracking Sophia, Delta Work will embody the perpetually sarcastic Dorothy, Pandora Boxx will be bringing it as the naïve Rose and who else but Willam could be tapped to play the brassy Blanche.

I’ve noticed a few comments from people spouting off that “Dorothy wasn’t fat” or “Sophia wasn’t black” Are these people somehow forgetting that they are all men in dresses? Your hosts for the weekend are dressing up for the part; they’re not trying to become the Golden Girls, only recreating the setting and atmosphere for the marathon. These are drag queens honey, save your bitching for the likes of Kim Davis!

Unfortunately this amazing show is only available for you lucky guys in the States. (Why am I not living in the Mrs Doubtfire house by now?) So, as a tribute, I will be holding my own Golden Girls marathon here in London, but without the Drag Race stars to guide me through the episodes.