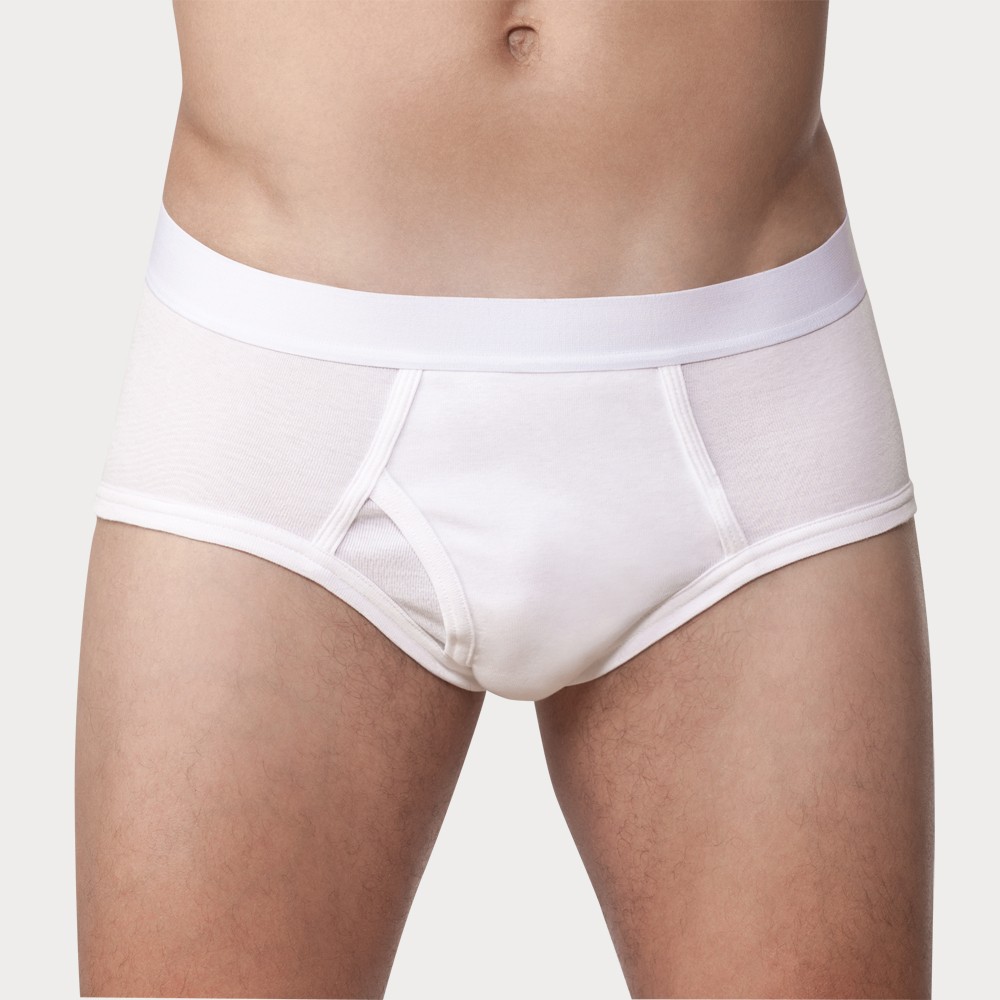 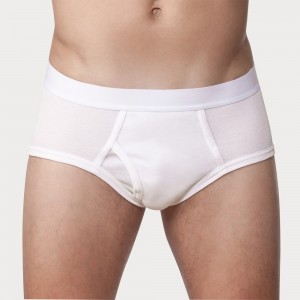 To begin with we are all born naked but sometimes a chap’s dangling bits needed to be taken care of, cupped out of the way and protected. 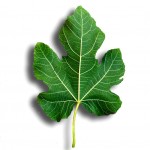 A fig leaf is thought by some to be the first piece of underwear but, this is highly unlikely (sorry to all you Creationists) as it doesn’t hold or protect, it just obscures.

Perhaps taking that idea further, ancient man intertwined grasses and leaves together to form a rudimentary design; perhaps the masochists of the time preferring to incorporate stinging nettles into this embryonic bollock-holding creation.

Later, when animal skins were found to help keep out the cold, scraps of fur and leather were used to tie around the waist and between the legs… securing the genitals comfortably in place. All the better to help run away from the meat-eating animals incensed at their ex-family members being used to cup a cock.

Once weaving fabric had been invented a piece of material could be passed around the waist (as in a nappy) and held in place without much difficulty. Ancient Egyptian burial sites give testimony to this fact… unless the pharaohs were all into being ABDL (Adult Babies/Diaper Lovers).

In colder climates keeping ones clothes on was the order of the day and with garments becoming tighter and more complex an easy access to the genitals came about with the introduction of the cod-piece; an adorned piece of leather to attract the envy (?) of other males.

A period of long linen underwear followed until the 1930s when the brief was introduced and became an overnight sensation. Where the product became available, men were casting off the boring, loose fitting pants to show a bit of leg with this new stunning and sexy creation. It was around this time that the first underwear nights in night clubs were introduced. 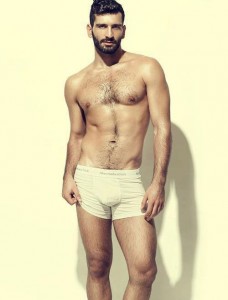 Adaptions of this snug item, the one thing that is closer to you than almost anything else, has produced; the boxer, the trunk, the slip, the g-string, the bikini, the thong and a multitude of others in a variety of styles, fabrics, colours and patterns… but the brief still reigns supreme for comfort and doing the job it was designed for in the first place – To hold in comfort and protect. (Could be the motto for a gay police force?)