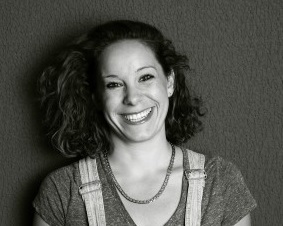 Five years ago, Suzi Ruffell packed in her day job as a PA and took to the stage. She has gone on to work with many famous names including Alan Carr and Josh Widdicombe, performed at the Edinburgh Fringe, toured the country and even had a part in a TV movie.

I saw her at one of her first ever gigs and knew then she would go a long way. Her comic timing, interaction with the audience and humour is intoxicating. The Guardian has said Suzi is ‘A stand up Gem’, The British Comedy Guide ‘Completely won over, thoroughly enjoyable’ and ‘Always Excellent’ from Time Out.

I caught up with Suzi just before she set off on another whirlwind tour of the country.

How did you get into comedy?

I love making people laugh. I always have. I remember watching my dad having his mates in stitches up the pub when I was little, he would sometimes get in from work and tell me, mum and my brother what he’d been up to that day, doing all the accents and little act outs, being funny is currency in my family. It was something I always wanted to be. I also loved Victoria Wood, French and Saunders, Julie Walters, funny women inspired me. I think being a stand-up was always a dream of mine but for a long time I was too scared to say that out loud. 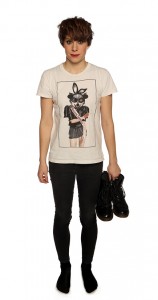 My first gig was at a charity night at the Soho Theatre. People were trying things they’d never done before, ‘I’ll try stand up’ popped out of my mouth before I even had time to process it. I don’t really remember the gig, I know I had fun though. Heaps of adrenaline.

What made you give up your day job and go for it?

I was a pretty awful PA at the time so it wasn’t a tough choice. I just had to make the leap and cross my fingers.

Did you ever doubt yourself?

Yes and I still do, often.

Where do you get your material from?

All of my stuff is autobiographical, it’s always stuff that’s happened, so I guess my life?? That makes me sound like a bit of a twat though.

At what point did you stop and think “I’ve made it”?

I don’t think it has happened yet, although the day I realised I could be a full time comedian was pretty special. I think I am very lucky that I pay my rent by making people laugh.

Did other comedians help you?

I have done tour support for Alan Carr and Josh Widdicombe, they have both been hugely supportive, I also did my first tour this year with Romesh Ranganathan and he is brilliant.

Has your sexuality ever been a hindrance?
Occasionally people will heckle me with something a bit homophobic and in the past it has upset me but I think I have a thicker skin these days. Also, if people are offended by homos, I am happy to offend.
Does your girlfriend attend to your gigs?

Yes, she is really supportive, which is handy as I often talk about her on stage. She has the patience of a saint.

What’s next for Suzi Ruffell? 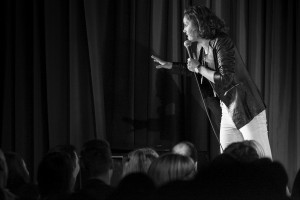 Over the next few months I am gigging all over the country and writing my new show that I will take up to the Edinburgh fringe next year then hopefully take on tour…
Immediately next for me is a cup of tea as the kettle has just boiled and I have some custard creams in.

Suzi will be performing at The Royal Vauxhall Tavern in London on Wednesday 12 August.

Here is Suzi performing for BBC Radio One last year.