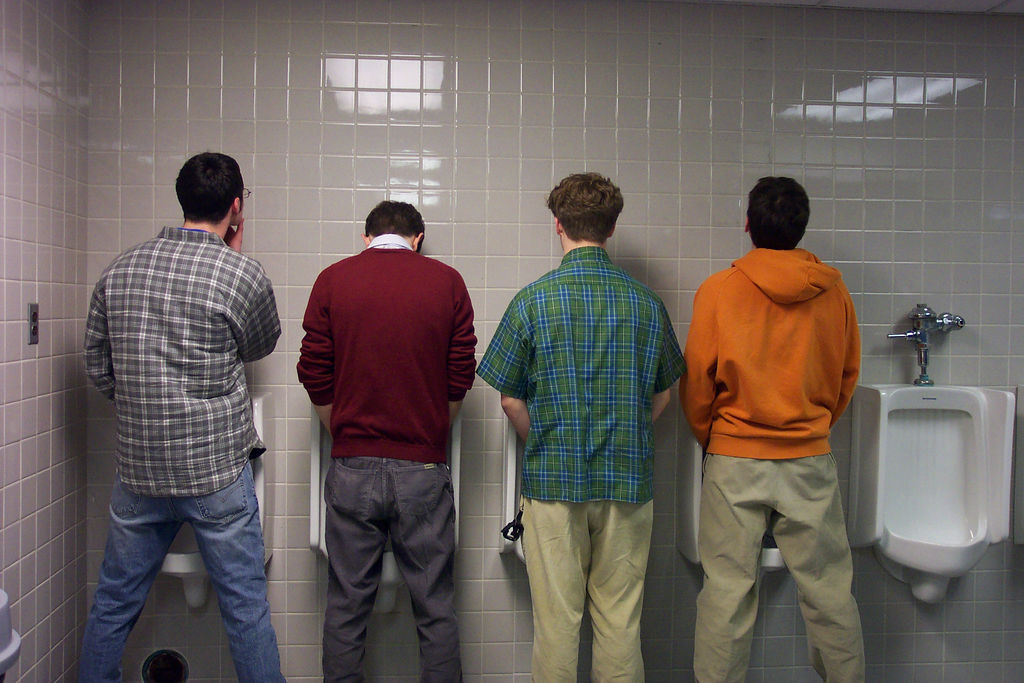 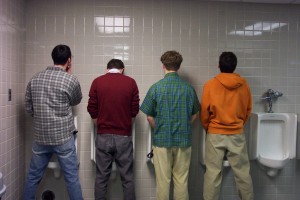 A lot of gay men are pee shy – but is this just a gay thing?

We asked a group of gay and straight men if they ever experienced being pee shy. The results were mostly as expected. The majority of gay guys admitted to getting pee shy, if not all the time then at least on occasion. All the straight men said they never experienced it except one who said he did when the pub was crowded after a football match.

As gay men, many of us are prone to taking a peek at what the guy next to us has to offer. With that in mind, we presume everyone else is also doing the same.

One gay guy who said he never got pee shy, jokingly added that he thought only guy’s with not much to show got shy. But that’s actually not the case. How well-endowed you are isn’t the issue here, it’s if you actually want people to be staring at your exposed package whilst trying pee. For most of us, we don’t. Urinating is a necessity that most want to do in private, but as men, we rarely get that opportunity when out in a bar. This is why there is always a huge queue for the (more often than not) one cubicle in the men’s toilet. Knowing that most gay men have a problem showing their tackle to everyone in there, isn’t it time we got more cubicles instead of having to cross our legs waiting in line or sneaking in to the women’s washroom? And that reminds me; how come women go to the toilet in groups and appear to make peeing a social occasion, while we men, we gay men, can’t wait to get behind closed doors?

What about you? Do you get pee shy?

One thought on “Are you pee shy?”