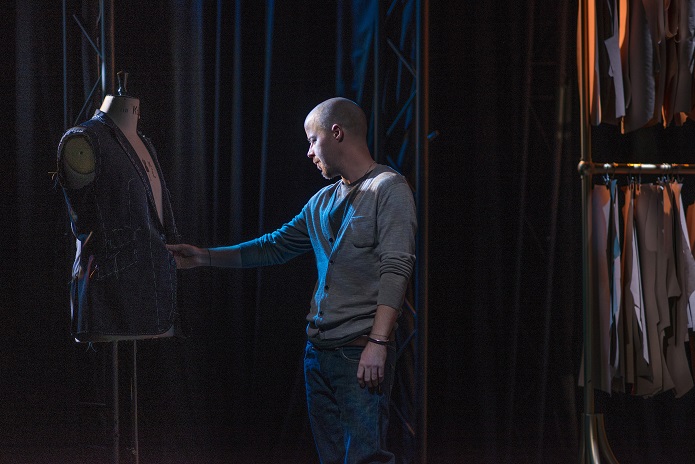 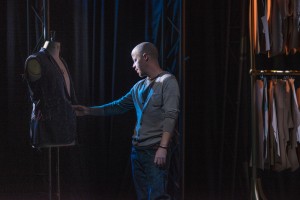 For the West End Premier of McQueen last night a rainbow literally shone over this part of town. No surprise really as the queer glitterati and fashionistas got their first chance to see the extended version of the McQueen by playwright James Philips.

Following the hugely successful V&A exhibition, it is no surprised McQueen the play which broke box office records at St. James Theatre, has transferred to the beautiful Theatre Royal Haymarket in the West End. Five years following his death McQueen is still larger than life and big business, the irony of this is all over the play. Indeed his spooky presence can be felt lurking about while on stage all his nuances and demons are laid bare in this dark ghost story. 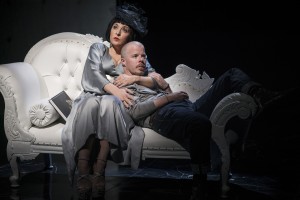 Stephen Wight is extraordinary as Lee – later to become Alexander thanks to Isabella Bow (played terrifically by Tracy-Ann Oberman who clearly relishes the role) – a deeply dark tortured soul. He is a man struggling to cope with his talent and hunger to feed on fresh ideas (which are better than love), who is anti-establishment but worshipped by the establishment. 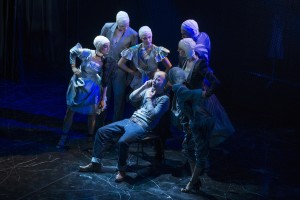 Set on a single London night, in the first act Lee finds an intruder in his house, Arabella – an American (guess there is a Broadway run in the works) who is looking to ‘borrow’ a dress, not simply any dress but a dress to die in. They embark on a night out which takes them to the former Savile Row tailor McQueen apprenticed in, a nightclub, an interview, McQueen’s mum’s home and a Stratford rooftop. Along the way the two converse about inner beauty, death and existence. The writer had access to McQueen’s personal diaries which makes sense as this really does feel like we are inside someone’s head, but unfortunately someone deeply depressed and pessimistic. Which after the first act, makes the second act quite a drain, mercifully the second act is short. 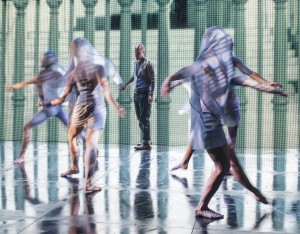 In between scenes the audience is given a reprieve with some stunning choreography by a troupe of mannequins played out against music originally used in McQueen’s shows. Quite possibly the highlight of the show.

Like McQueen in real life with his fascination with birds, skulls and desire to shock with dark subject materials, the play embraces all this and will divide opinion on whether this is good or bad. Despite a self-indulgent script, Stephen Wight as Lee is exceptional in the lead role, he conjures the spirit of McQueen however difficult at time this is to witness. This particular audience gave a half-hearted standing ovation so if this is anything to go by, McQueen will be marmite to theatre goers. 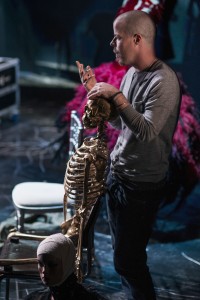