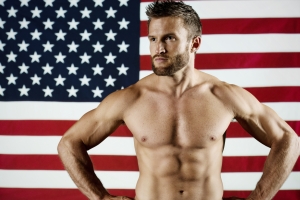 It’s summer. It’s Pride season. And our users are keeping it long-term and local.

It’s the most wonderful time of the year: Pride season! And with the gay holidays upon us, we thought it would be a great time to survey our Grindr guys to find out what they’re into (other than men), how they spend their summer months, what are their cascade preferences and more. After getting more than 2,500 responses from users across the nation, we were delightfully surprised with some of the data:

A whopping 47% of survey respondents said that they had found long-term friendships on Grindr – which goes to show that there are plenty of guys out there who aren’t just looking for Mr. “Right Now.” Children in your future? You’re not alone as more than half of all respondents (53%) said that they were open to having kids…so, we’ll keep an eye out for growth in the Daddy Tribe. And, speaking of families, there are seven times as many married users as there are engaged users on the app – proving the “honeymoon period” may be short-lived. 27% of respondents said that Grindr is the mobile app that they most frequently use. This makes us very, very happy. Interestingly, almost three quarters said that Facebook is the social medium that they most frequent, beating out Instagram, Twitter and Vine. So to those who say Facebook is on the decline, remember that it’s still number one among Grindr users. It’s also kind of fitting that users of the largest gay male social network most frequently use the largest social media platform (not that we’re size queens or anything). And not to brag, but Grindr users spend an average of 54 minutes a day on the app; Facebook users spend only 42.

Oh, and apparently summer is the season for Grindring as almost 60% of respondents find the long, hot summer months to be the period in which they’re most active on the app. Wondering where Grindr guys are congregating? Bet you thought we would say Mykonos, Ibiza or Fire Island. For U.S. users, look no further than your area beach or a backyard barbeque, which is where 54% said they would be. Basically, you’ll meet more guys this summer if you just keep it local.

While there are unlimited new fitness trends popping up in 2015 from underwater cycling to trampoline boot camps, when it comes to maintaining that beach-ready physique, many of our Grindr guys like to go back to the basics. Grindr respondents mostly use running (31%), weight lifting (25%) and fitness programs, like CrossFit (17%), to stay in shape. No, Netflix binging did not make the activity list.

As for those looking to maximize their Grindr inboxes, take note: 70% of respondents are most likely to answer a message from someone using a face pic – so buy a selfie stick and get ready for your close-up. But we all know that a great profile is more than just a pretty face, so follow some of our tips: