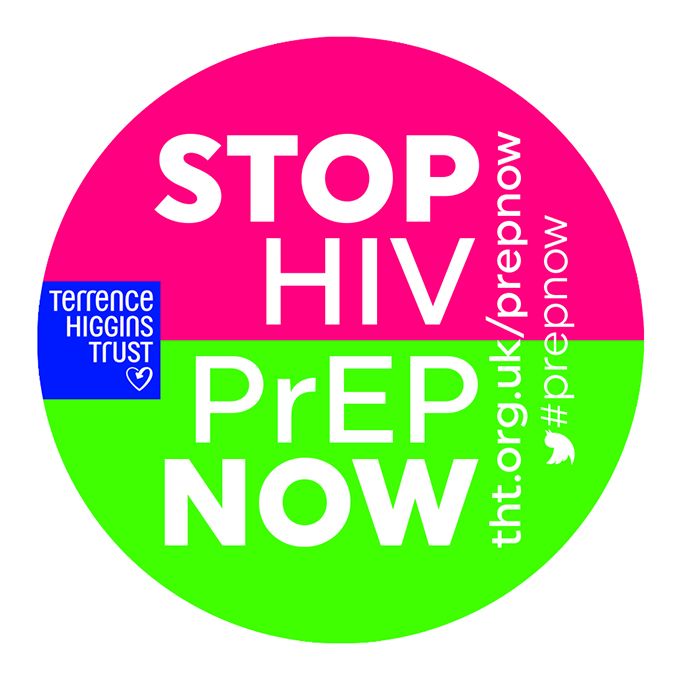 Terrence Higgins Trust will leverage its position in the lead section at Pride this year by putting its full support behind the HIV prevention PrEP – (Pre-exposure prophylaxis) – a game changing treatment which prevents HIV transmission. THT CEO Dr Rosemary Gillespie said: “It’s a rallying cry. PrEP could be the treatment to stop HIV, and Terrence Higgins Trust will campaign until the Government, NHS England, and local authorities agree to use it to place HIV firmly in the past.”

In February this year, the PROUD study reported that PrEP reduced the risk of HIV infection by 86 per cent for gay and other men who have sex with men (MSM), when delivered in sexual health clinics in England.

Speaking today at a Terrence Higgins Lecture ‘HIV prevention, PrEP and the road ahead’ Sheena McCormack, Chief Investigator of the PROUD study, said: “The PROUD trial and the proven efficacy of PrEP shows just how much our current standards of prevention are failing some gay men.”

“I love doing clinical trials because you don’t know what is going to happen, and when the result exceeds expectations as PROUD did – showing how incredibly effective PrEP is in a real-world setting it is especially rewarding.”

PHE estimates there are over 2,500 new HIV infections annually in gay men in the UK, a number that has not fallen over the past decade.

Dr Michael Brady, Medical Director, Terrence Higgins Trust said: “The 86 per cent reduction in HIV transmission offered by PrEP is staggering. On the basis of the PROUD results we would only need to treat 13 men for a year to prevent one HIV infection.

“From a cost perspective , it is hard to see how PrEP would not be value for money. Truvada* costs just over £400 a month, and the price will drop significantly when the drug comes off patent.

“People will not need to take PrEP for ever, nor will they necessarily take it all the time, whereas HIV requires lifetime treatment that currently costs the NHS up to £350,000 per person”