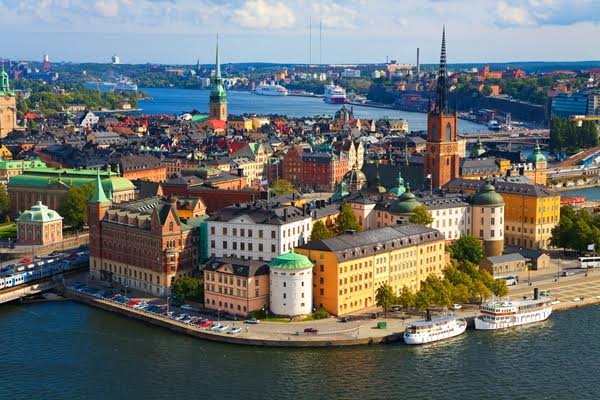 Stockholm is thrilled to announce that after a public jury of over 100,000 votes from the UK’s LGBT community, that the capital of Sweden was awarded “Destination of the Year” at the British LGBT awards. Stockholm faced tough competition from larger European capital cities, including Paris and Amsterdam and also some LGBT-favourites, Gran Canaria, Brighton and Key West, Florida.

This accolade, dubbed Britain’s “Gay Oscars” and is the UK’s most high-profile gay awards recognises the people and organisations with a track record in promoting equality and diversity and those the gay community has a great affection for. The award honours Stockholm the UK’s favourite gay travel destination this year, celebrating the destination’s ongoing commitment to promoting LGBT tourism.

Christina Guggenberger, who has headed up the Stockholm Gay and Lesbian Network of the Stockholm Visitors Board for over 10 years comments: “We thank the British LGBT Awards for this, it is such an honour to be nominated, and to win is truly amazing. All the destinations nominated tonight are winners because they do great work in promoting important LGBT travel, something we are passionate in Stockholm. We believe in absolute diversity in our city and promoting inbound travel is not something we do just because it is good for the tourism economy, but because LGBT equality is something that is really part of our way of life.”

Uwern Jong of Boutique Marketing, who is Stockholm’s LGBT Ambassador across UK and Europe comments further:

“Our ultimate thanks goes to the Great British LGBT public, over a hundred thousand of you who voted for us as your favourite destination. We’ll be so pleased to have you all in Stockholm, especially this year with our Big Gay Stockholm Summer including Stockholm Pride and Eurogames. Tussen Tack! as we say in Swedish. A thousand thank yous to you all and hope to see you in Stockholm later this year!!”

The Stockholm Gay and Lesbian Network, a project within the Stockholm Visitors Board is unique, funded by partners who are passionate about gay and lesbian travel into the city. It works on ground-breaking global campaigns to market and develop Stockholm as an interesting and attractive destination to LGBT travellers.

Stockholm has long been attracting LGBT tourists, but it was just a few years ago that targeted campaigns to draw British LGBTs kicked-off, firstly creating interest in the destination for its world-famous Pride celebrations, but then driving more specific all-year-round interest in its sophisticated culture, fashion, food and LGBT lifestyle – and its beautiful and friendly people.

The city is a must-visit – the perfect place for a gay wedding or honeymoon (celebrating six glorious years of equal marriage backed by the Church of Sweden) and this year, proud host to Eurogames, one of the biggest global LGBT events.

For everything you need to know about gay and lesbian Stockholm, visit: gaylesbian.visitstockholm.com

Also follow us on social media at www.facebook.com/gaylesbianstockholm and #outinstockholm