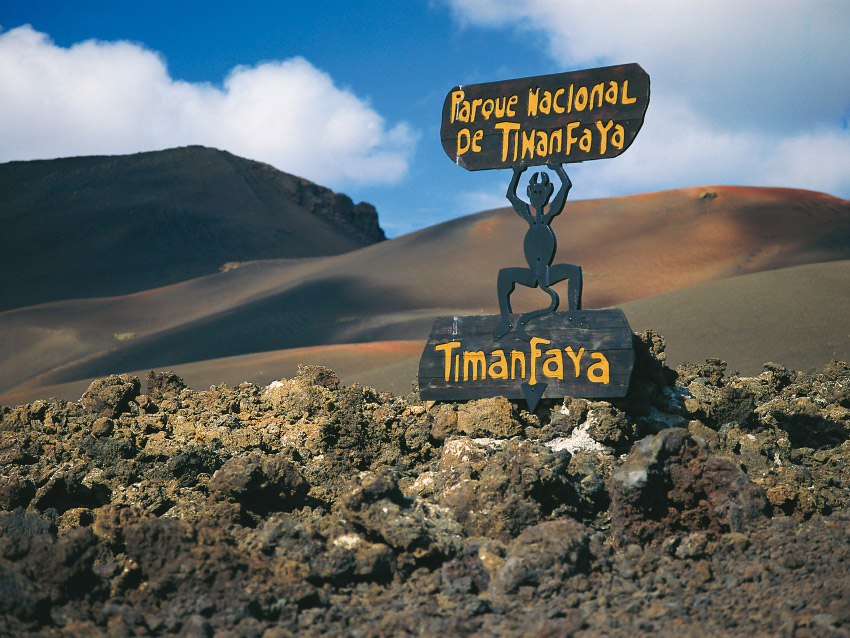 Done Gran Can? Wanna beat the winter blues? Adrian Gillan gets sweaty on volcanic Lanzarote, the easternmost Canary – not least in the vibrant southern resort of Puerto del Carmen!

You’ll soon discover that this seemingly barren island idyll off the African coast is, in fact, highly fertile! Just 78 miles off the coast of Africa and a mere 7 miles north-east of its nearest main island neighbour (Fuerteventura), Lanzarote is the fourth largest of the Spanish Canaries – stretching 37 miles north-south, 16 miles east-west. Roughly 140,000 people reside here, around 60,000 of them in capital Arrecife – mainly sexy Spanish, plus a fair smattering of lush ex-pat Brits, Germans, even Irish! Moreover, at little over 3½ hours away from the UK by plane, it’s the surest and easiest way to cheat winter, since temperatures rarely dip below 20 degrees C, even during colder months!

Yet, if sun and sand aren’t your every thing, other – equally natural – attractions abound. Seven sites stand out, managed by Lanzarote’s Centres of Art, Culture and Tourism, in no small part preserving and promoting the work of arguably the island’s greatest son: aritst, architect, planner and visionary, César Manrique (1919-1992) who persuaded the powers that be and – most significantly – the local people themselves of his philosophy that man should build low and design aesthetically, so as to maintain an essential harmony with nature. The “seven centres” can be reached independently by hire car, or via regular coach tours from major resorts:

Lanzarote Pride Festival runs every July and LanzaBear (Bear Pride) runs every Oct, both hubbed around Puerto del Carmen, where you’ll also find the island’s only two gay bar-clubs, both located in the sprawling seafront Atlantico Centre, fairly fiercely competing mere yards from each other, and busiest after midnight:

Besides which, if you happen to be in Costa Teguise one night, check out the fun, gay-friendly Lively Lady Showbar (CC Calipso, Avenida de las Islas Canarias, Costa Teguise) featuring comedy drag with karaoke sing-alongs after every show.

And you might also try your luck on some of Lanzarote’s nudist beaches – notably the small secluded cove next to the Playa de Puerto Muela on the Papagayo península, just east of Playa Blanca.

Playa Club Lanzarote (Calle Pedro Barba 3, Puerto del Carmen, Lanzarote; T: (+34) 928 51 37 64;) is an environmentally-friendly oasis of tranquillity in the very heart of Puerto del Carmen – mere metres from sea and scene. Its 17,000 square metres of landscaped and be-palmed gardens are home to 145 self-catering, yet fully-serviced, apartments in 2-storey buildings; two swimming pools, both heated in the cooler months; the Aquarsis Wellness Centre, complete with thermal circuit; and the site’s friendly restaurant, open for breakfast and dinner – tasty, like the locals!