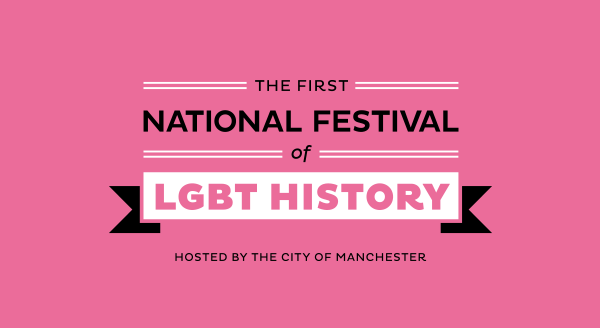 Manchester is hosting the first ever national festival focused on exploring, exposing, and discussing lesbian, gay, bisexual, and trans (LGBT) history. The Festival is over five days, and will be at Central Library’s Archives, the People’s History Museum, and many venues throughout Manchester. It will be showcasing new popular research into LGBT history, and celebrating LGBT representation in film and comics with a German film retrospective and an open discussion about comic books.

Why is this happening?

The introduction and promotion of LGBT History Month (UK) by Schools OUT UK in 2005 has significantly enhanced and further validated awareness of and interest in LGBT and Human Rights Campaigns of the second half of the 20th century. The associated and growing interest in ‘LGBT History’ has created a growing public demand for readings of that past, that has in turn encouraged popular and academic research into that past. However, despite the increasing popular demand for such history, it still an area of study that in the UK is very much in its infancy compared to the remarkable advances made elsewhere.

In recognition of that growing historical interest and to further ‘boost’ the study of that past, Schools OUT UK in concert with other like-minded organisations and groups are launching this festival: The National Festival of LGBT History. The City of Manchester, the birth place of the original Homosexual/Human Rights campaign, is to play host to a events over the St. Valentine’s Day Weekend. There are several Festival themes that deliberately seek to bring together and promote academic and popular scholarship of this important but neglected part of our common past.

1. Popularise the study, and hence a fuller understanding, of past attitudes towards sex and gender diversity within the academy and among the general public.

2. Challenge the embedded ignorance (heteronormativity) within schools by facilitating and encouraging the teaching of a comprehensive and thereby less deterministic reading of the past.

4. Encourage and promote the collection, archiving and utilisation of material that evidences that past. Without such material the expansion of research into this area of the past is seriously arrested.

5. Seek to develop commercial partnerships to help address the growing public (and especially media) interest in past attitudes towards sex and gender diversity.