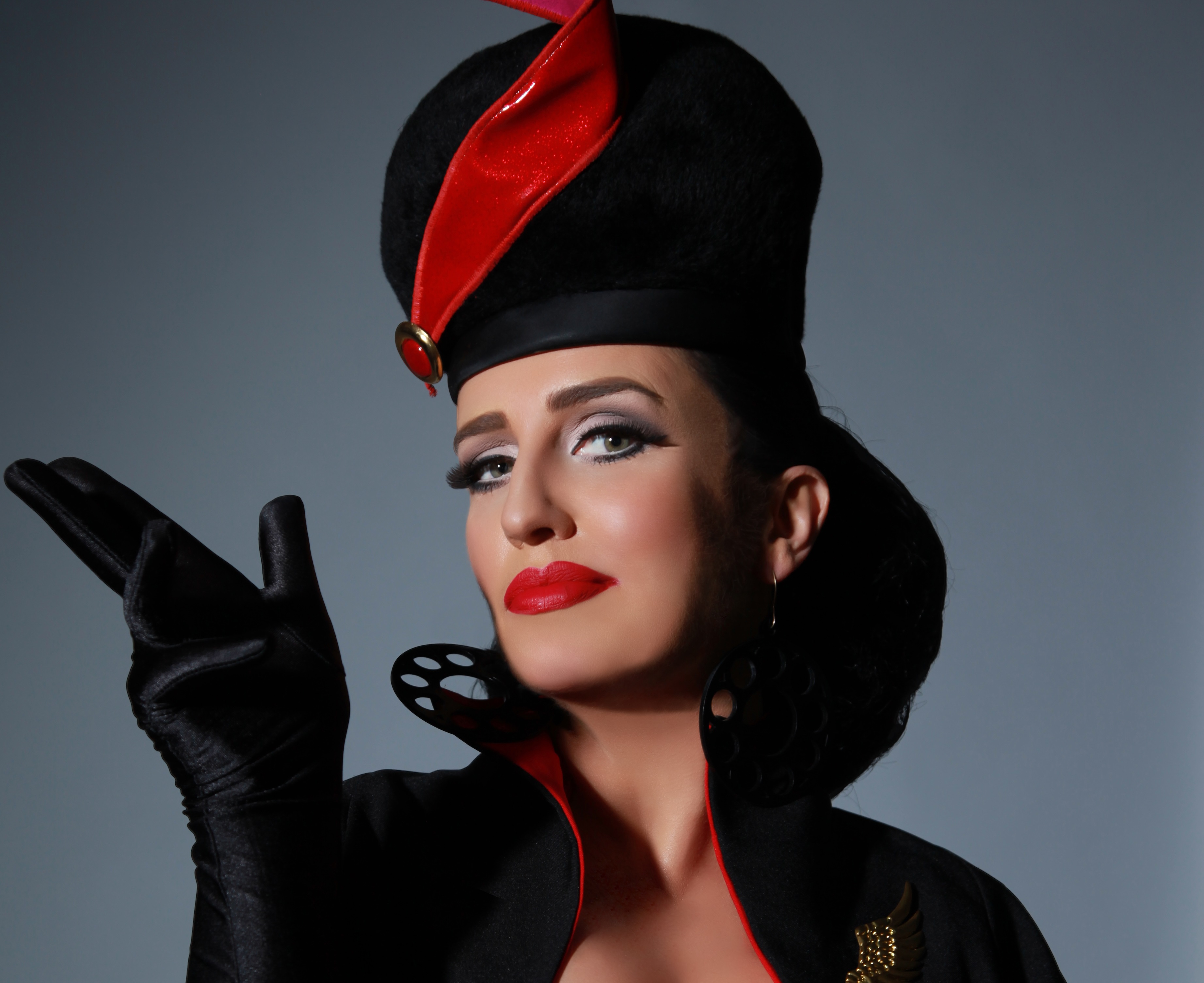 Pam Ann, the world’s favourite International Air Hostess and Queen of the Sky, is back in the UK with a brand new show for 2015. Jet setting in direct from sell-out tours in Europe, USA, Australia, Pam Ann will be touching down at one her favourite airports (LHR) this Autumn and embarking on an extensive UK tour which kicks off with a six week run at London’s Leicester Square Theatre from 30th September 2015.

Pam Ann’s caustic wit knows no boundaries so fasten your seat belts and prepare for take-off. Fearless about engaging in controversy, she deftly navigates the flying taboos, stereotypes, and cultural differences that even the boldest of other comedians rarely broach. Easily offended flyers please be warned – Queen Of The Sky will take no hostages.

Adored by cabin crew and frequent flyers around the world, Pam Ann’s ability to both rile, offend and charm her audiences has helped her keep flying high. She is like Marmite, you either love or hate her. She’s developed a cult-like international following and counts Elton John, Cher and Madonna (who describes Pam Ann as “cruelly funny”) among her fans but most importantly Richard Quest from CNN calls her a friend and fellow Wikipedia of the travel industry.

Pam Ann is the comic creation of writer and comedian Caroline Reid. Together they sell out every stage they hit from New York’s Public Theatre and San Francisco’s Castro, to Sydney’s State Theatre, Melbourne’s  Princess Theatre, Paris’s Alhambra Theatre, Berlin’s Admiralspalast, London’s Hammersmith Apollo to name a few. In the UK, Pam Ann was the 4th best-selling female comedian of 2014 wedged between Dawn French and her long time inspiration Joan Rivers. In Australia, Pam Ann starred on her own television talk show, The Pam Ann Show on Foxtel and has hosted the National Live broadcast of Mardi Gras. Among Pam Ann’s greatest hits are an advertising campaign and training videos for British Airways, the inclusion of her Live DVD Come Fly With Me on Qantas’ in-flight programming, being the face of London’s Heathrow SkyTeam Terminal 4 for the 5th year running and being awarded the Icon Award by New York’s Get Out Magazine.

Pam Ann and her super human work ethic are just getting started, in 2015 she is also working on a Hollywood Pam Ann Movie, TV Pam Ann sitcom and a Pam Ann book due out later this year.