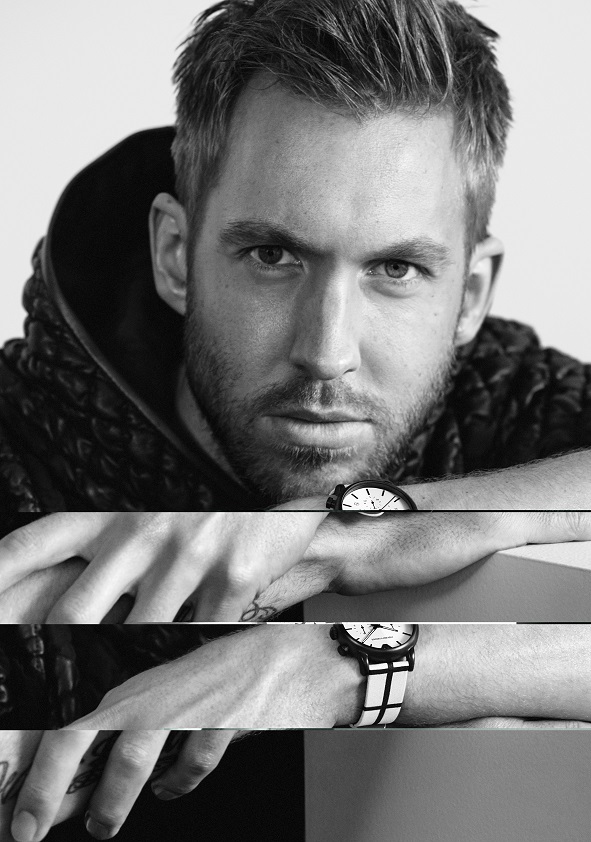 Giorgio Armani has announced that it has chosen Calvin Harris as the face of Emporio Armani for the spring/summer 2015 season. The internationally renowned DJ, singer, songwriter and music producer will also be the worldwide testimonial of the Emporio Armani Eyewear and Watch lines.

The campaign, shot in Los Angeles by photographer Boo George, will be unveiled globally in January. Choosing Calvin Harris as a testimonial reinforces the deep bond between Emporio Armani and the music world. Scottish by birth, Grammy-Award winning Harris stands as the figurehead for modern dance music and is listed by Forbes Magazine as the world’s top-earning DJ for the second consecutive year. His record-breaking career includes being the first British solo artist to reach one billion steams on Spotify and having the most number one hits from a studio album, surpassing even Michael Jackson’s Thriller.

“Calvin Harris is a truly cosmopolitan, dynamic young man who is capable of attracting the masses with his music and energy. He isn’t a model by nature, and this creates a more sincere and engaging bond with the public.” said Giorgio Armani.

“It’s incredible to be working with Mr Armani and his team at Emporio Armani. I feel an affinity to the brand ethos and have been a long time admirer of their designs.” said Calvin Harris.