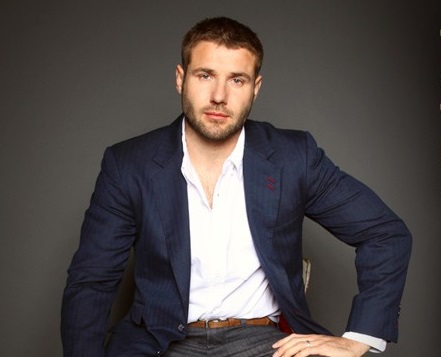 England rugby World Cup winner Ben Cohen is kicking bullying into touch with a new campaign launched on the anniversary of his father’s death.

Ben – whose father Peter lost his life after stepping up to protect someone else  – will encourage people to take to social media to give a united, resounding message against bullying of all types: “We must stand up.”

The Ben Cohen StandUp Foundation will be encouraging people to take to Twitter and Facebook on Friday 14th November  to post their own messages about bullying and donate to good causes as part of his first UK StandUp Day.

Using the hashtag #WhyIStandUp, Ben hopes it will show a unity of strength against bullying in every aspect of society.

Ben said: “Bullying is not just confined to the school playground, it can go way beyond that into every part of our lives, from sports clubs and institutions to trolls on Twitter and Facebook. You only need to look at the endless headlines about people being driven to suicide by online bullying.

“The only way to banish this is by standing up to it – acknowledging it exists and changing attitudes.”

Peter Cohen, the brother of 1966 World Cup-winner George, died from a blood clot a month after he was beaten up in his own nightclub in Northampton when intervening for someone who was being beaten.

Ben – England’s joint second-highest try scorer in history – added: “Every single thing that has happened to me since then is down to that. It drove me on to become the best winger in the world and to win the World Cup. It has also pushed me on to help change attitudes about bullying and helping victims.”

The Ben Cohen StandUp Foundation has played a particularly important part in supporting equality for gay and transgender men and women in sport.

“I’ve heard from many fans and friends how bullying has impacted their lives, and I am moved to make a difference for them.  Parents have written to me, sharing painful stories about how their children, who might be perceived to be different, are ruthlessly attacked and scared of their own schools,” said Ben.

“I hope people join the cause on November 14th so we stand up for what is right and support people who are being harmed. Every person on this planet has a right to be true to themselves, to love and be loved, and to be happy.

“I encourage others to stand up with me and make a difference. Your efforts will help fund extremely important work.”