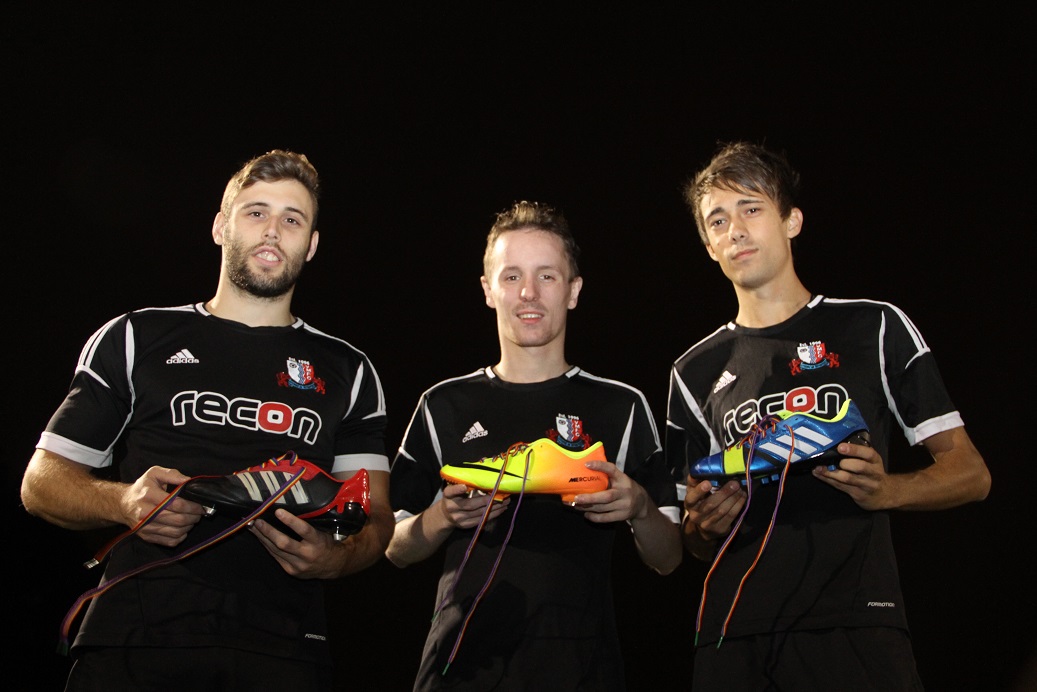 The Gay Football Supporters Network are delighted to have worked with Stonewall and Paddy Power on this year’s Rainbow Laces campaign which we believe will help bring about real change in the game. For many years we have called for players to show bravery off the pitch as well as on it and speak out about homophobia in football. This year’s campaign has the additional backing of Arsenal FC and their players. Their support is a significant step in the campaign to eradicate discrimination from football.

check the video 0ut at  http://www.gfsn.org.uk/

Ed Connell, GFSN Chair said “You cannot underestimate the impact for people of all ages wrestling with their sexual orientation than to hear such a clear and unequivocal message from one of the world’s biggest clubs that they too are welcome in the game.” The GFSN mission is statement is:  “To promote the support and participation of LGB&T people in football. The GFSN will work to establish a social network for LGB&T football supporters, to encourage the formation of LGB&T teams for players of all abilities and to campaign against homophobia and transphobia in football, with a view to creating a safe and tolerant environment and to gain the respect and recognition for LGB&T involvement in football.”