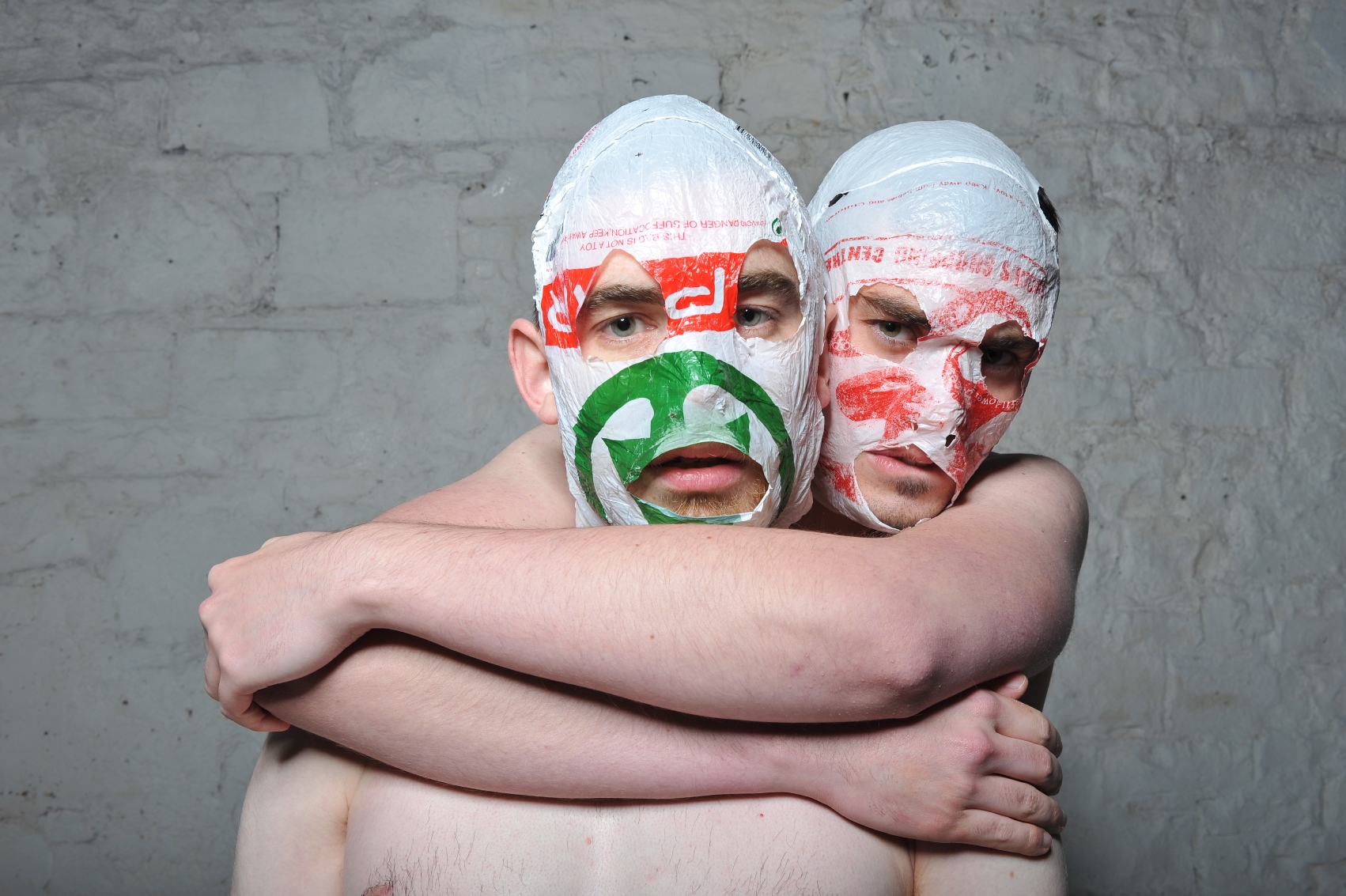 Direct from Limerick City! Rubberbandits, the plastic-bag wearing musical comedy duo – the Chortle Award winners responsible for YouTube sensation ‘Horse Outside’ – bring their brand new musical Continental Fistfight to the Edinburgh Fringe in 2014, straight from its critically-acclaimed, sold-out London season at Soho Theatre. Continental Fistfight, which they also recently performed to a packed crowd at Shakespeare’s Globe (the first ever comedy gig to play the intimate, candle lit surroundings of the Sam Wanamaker Playhouse) is packed with dazzling new songs, great big hits and at least one celebrity puppet.

Here’s a preview of one of their latest songs, Hey Mister: http://www.youtube.com/watch?v=P_ZTrXAxZ-g – which attempts to answer the eternal question (particularly around Shoreditch) – Hipster or Hobo?

Rubberbandits began entertaining their school friends with recordings of prank phone calls, which soon became successful radio broadcasts.  They caught the eye of Irish broadcaster RTE and when ‘Horse Outside’ was aired on the channel the video went global and was only narrowly beaten to the Christmas number one slot by the X-Factor single.

Rubbberbandits (aka Blindboy Boat Club and Mr. Chrome ably, and occasionally intoxicated-ly, supported by Willie O’DJ) have never shown their faces in public and always appear with expertly fashioned plastic shopping bags on their heads. Their outrageous live shows combine raved-up music, sketches and on-stage insanity. They are hard to define but Rubberbandits straddle the music and comedy worlds like … well … like their twitter handle states:  “like the tortured breath of Bob Marley that bullies its way through the air and extinguishes the candles on Brendan Behan’s birthday cake”