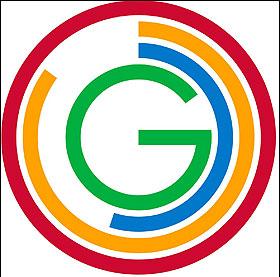 As the Commonwealth Games commences a ground-breaking conference statement has put Glasgow on the map in the journey of lesbian, gay, bisexual, transgender and intersex people towards human rights in the Commonwealth.

The LGBTI Human Rights in the Commonwealth conference was held on Nelson Mandela International Day, 18th July.  The conference was co-organised by Glasgow Human Rights Network at the University of Glasgow with Equality Network, Kaleidoscope Trust and Pride Glasgow.  The event produced a statement which has now been published, and will be pivotal in campaigning of human rights activists as they work towards the next Commonwealth Heads of Government Meeting in Malta, 2015.

The statement was co-authored by Dr. Matthew Waites of Glasgow Human Rights Network, a Senior Lecturer in Sociology from the School of Social and Political Sciences at the University of Glasgow. Together with Alistair Stewart of Kaleidoscope Trust, Dr. Waites presented the statement in the final plenary of the conference.  The statement received overwhelming support from over 150 activists and academics as conference participants, including speakers from Africa, India and the Caribbean, and also UK activists including Peter Tatchell and lead conference organisers the Equality Network.

The Statement’s Call to Action affirms international resolutions including the crucial United Nations Human Rights Council resolution ‘Human Rights, Sexual Orientation and Gender Identity’ from 2011, and the groundbreaking resolution 275 of the African Commission on Human and People’s Rights passed in May 2014.  It condemns extensions of criminalisation in several states.

The Call to Action recommends the Commonwealth Secretariat to ‘Work with Malta, the host government of CHOGM 2015, to include a discussion on equal rights for LGBTI citizens as a substantive agenda item’; and also ‘That the Secretariat and the Chair of the Commonwealth (Malta) to provide a public report at CHOGM 2015 on progress made towards these ends.’ The Maltese Government, hosts of the next Commonwealth Heads of Government Meeting in 2015, were represented at the conference by Mr Silvan Agius, and organisers hope this may help LGBTI human rights travel ‘over the rainbow’ to Malta. . Dr. Matthew Waites commented:  ‘After chairing opening speakers including Frank Mugisha of Sexual Minorities Uganda in the morning, getting this Statement claiming LGBTI Human Rights in the Commonwealth overwhelmingly endorsed, on Mandela Day –  in a lecture theatre at the heart of the University – was one of the proudest moments of my life.  I hope it is also something the whole of Glasgow can feel proud of as we approach the Commonwealth Games.

What I am particularly glad to have got at the start of the Call to Action is that we: “Declare the historical responsibility of the British Empire for the criminalisation of same-sex sexual behaviour and relationships; and call for the repeal of all British colonial laws which criminalise same-sex sexual acts between consenting adults.” After that we “Affirm that human rights on the basis of sexual orientation, gender identity and intersex status […] are to be claimed together with human rights related to other forms of discrimination such as in relation to racism and religion.”

This is distinctive as an explicitly post-colonial and multi-dimensional (or ‘intersectional’) approach to human rights, showing that we are conscious of speaking to the world from a position in the UK. I hope this emphasis is adopted and foregrounded by all parties in campaigning to follow, as we look towards Malta – which has just become the first state in the world to have gender identity discrimination outlawed in its Constitution.