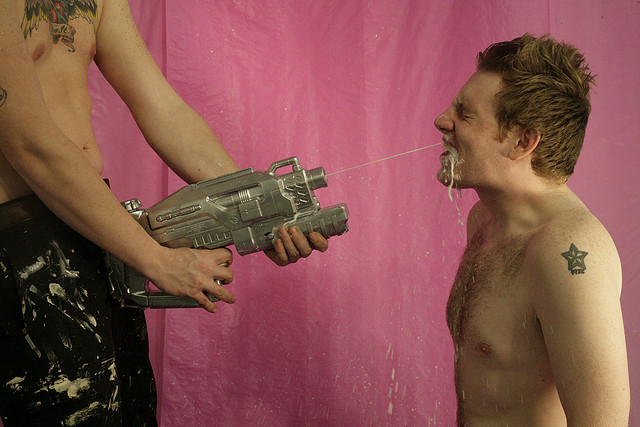 Research conducted by an online pharmacy has revealed that 67% of Britons believe that they are more ‘sexually adventurous’ than their partner, with a quarter of these stating that they are ‘frustrated’ by the mismatch in their sexual preferences with their partner.

A new study by an online pharmacy in the UK, which specialises in sexual health, has revealed that a quarter of Britons are left ‘frustrated’ by their partner’s sex drive. It was unveiled that more than two thirds (67%) of people in relationships believe that they are more ‘sexually adventurous’ than their other half.

The study was conducted by www.UKMedix.com , an online pharmacy in the UK which specialises in sexual health, in order to investigate Britons’ sexual habits and attitudes. 2,013 UK citizens took part in the online survey, all of whom were aged 18 and over and in a co-habiting relationship of six months or longer.

Respondents were first asked ‘Do you believe that you are more sexually adventurous than your partner?’ with the term explained as ‘open-minded and willing to try new things’. More than two thirds (67%) of respondents stated that they felt they were more adventurous in the bedroom than their other half.

These respondents were asked to share their exploits, in terms of the things they had tried in the past. The top five most popular antics of sexually ‘adventurous’ Britons were as follows:

Less than half of the respondents (47%) stated that they had embarked upon these experiences with their current partner. Instead, the most common accomplice was ‘an ex-partner’ (64%), followed by ‘a friend with benefits’ (28%).

When asked if they ever felt ‘frustrated’ with their current partner’s sexual preferences, a quarter (23%) confirmed that they did. The top three issues amongst frustrated Britons in relationships were voted as ‘my partner is not adventurous enough’ (73%), ‘my partner doesn’t want to have sex as often as I do’ (63%) and ‘my partner wants to have sex too often’ (31%). One in ten respondents, 11%, confessed that they were no longer sexually attracted to their partner.

Sarah Bailey of UKMedix.com commented on the findings:

“Who knew that us Brits were so adventurous in the bedroom!? It even appears that we can get a little demanding with our need for adventure! There are bound to be differences between partners in any relationship and sex is a really subjective thing. Everyone has different tastes and no two people are the same. If you are really struggling with a mismatched sex drive, then the first and most important thing to do is talk to your other half.”