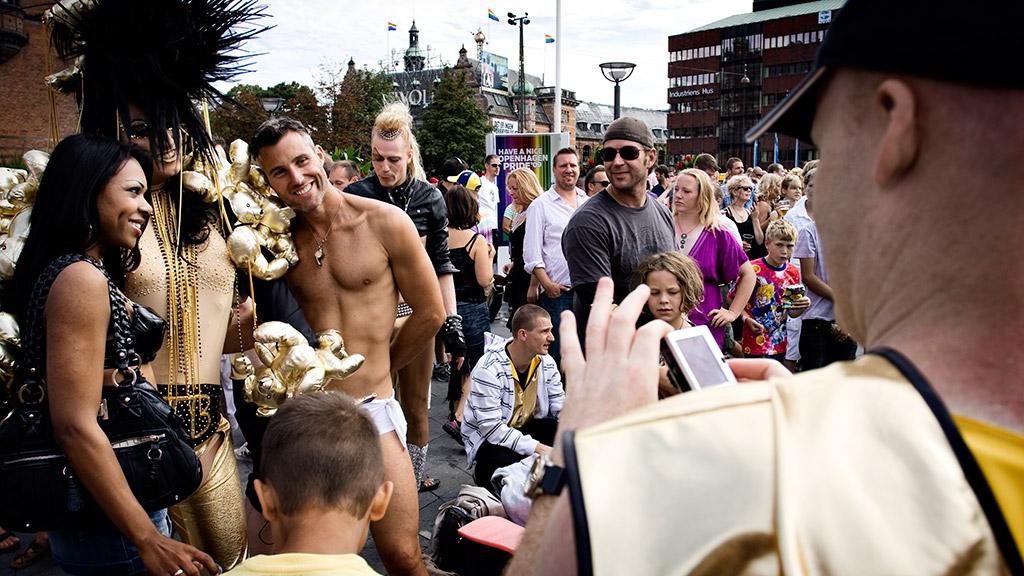 Eat organic street food in Eurovision Village, quench your thirst with free tap water in the Aqua Bar and let the kids rollick in the Green Room. When the Eurovision Song Contest hits the capital of Denmark 4 – 10 May, it is not just about music and parties. Copenhagen has been appointed European Green Capital 2014 with the tagline Sharing Copenhagen, and the green visions of the region will play a vital role in the hosting of ESC 2014.

Ecology, sustainability and care for the environment will be the focal points, when the Danish capital will host the Eurovision Song Contest. Everything from food and drink to activities, transport and waste sorting will be done with the utmost care for the green solutions, which The Capital Region of Denmark and Copenhagen are so famous for.

The thousands of guests travelling to and from the B&W Hallerne venue will be able to ride the bus, harbour bus, or one of the new electric city bikes, equipped with a GPS and tablets with visitor information. The City of Copenhagen has built new bike paths all the way from the city centre to Eurovision Island, so the easiest and most environmentally friendly means of transportation to and from the Eurovision Song Contest 2014 will be on two-wheelers.

“We look forward to welcome visitors to one of the most sustainable cities in the world. During Eurovision Song Contest 2014, the focus on green transport and green activities will show, that Copenhagen is a sustainable and blue city, where you can drink tap water and cycle safely, which are some of the things that contributed to Copenhagen being appointed European Green Capital in 2014,” says Lord Mayor Frank Jensen.

The temporary Eurovision Village, will be built on Gammeltorv and Nytorv squares in Copenhagen, and the Eurovision Fan Mile, which will be the main artery that connects the squares along the pedestrian shopping street Strøget, will be the epicentre of the free public events in the city. There, one will be able to indulge in a variety of green activities for the capital’s citizens and visitors.

For Danes, it is the most natural thing in the world, but for many foreign visitors drinking water straight from the tap is a rarity. Tap water is actually 900 times more environmentally friendly than bottled water, and it is partly due to the fact, that tap water does not need to be transported in polluting trucks.

“Our clean drinking water is a good example of the sustainable balance, which we would like to have in the capital region. We must have room for the big metropolis, and all that comes with it, but at the same time , we must take good care of our nature and make sure, that the future will also be green,” says Chairman of the Regional Council Sophie Hæstorp Andersen.

The fact that Denmark has the world’s best drinking water, one will be able to
experience first-hand during Eurovision. In addition to the existing drinking fountains around Copenhagen, water bars will be set up for the official opening ceremony at Copenhagen City Hall Square 4 May and all week in Eurovision Village. Here, HOFOR (Greater Copenhagen’s largest utility company) will serve free Danish drinking water. Also leading up to the shows in B&W Hallerne on Eurovision Island, there will be free water in the Aqua Bar.

No party without food on the table. In Eurovision Village, the audience will be able to feast on organic gourmet street food. The food festival Copenhagen Cooking is behind the initiative, where nine food trucks will be approved for the so-called temporary organic food label, which requires that all food is at least 30-60% organic.

Copenhagen is a green oasis with an increasing focus on urban gardening, which one will be able to experience in Eurovision Village’s Green Room. The space will be slightly different from what is usually associated with a green room. Neither celebrities nor stardust will fill the room, but children and their families are guaranteed lots of fun, free and environmentally friendly activities all week.

The Green Room will be run by the local environmental NGO Miljøpunkt Indre by-Christianshavn, and will be built of sod, plant bags and cress walls. Activities will include the planting of herbs, tasting pesto made ​​from wild plants, making flowerpots of newsprint and more. There will even be a waste competition.

The future of a green Europe

But Copenhagen also zooms out. In the months leading up to the Eurovision Song Contest 2014, thousands of schoolchildren in Denmark and Scania have participated in the Eurovision School Contest, where they have given their ideas and suggestions on how a future green Europe looks like. A jury will nominate 10 and select the winners, which will be shown in Eurovision Village and in B&W Hallerne on Kids’ Day 7 May.

Beside The Black Diamond on Copenhagen’s waterfront, one will also be able to visit the large domed greenhouse Dome of Visions and its lush gardens. Here, one will be able to find new angles on the Eurovision Song Contest and the host city of Copenhagen, which is European Green Capital 2014 with the tagline Sharing Copenhagen.

The final event programme for Copenhagen and the Capital Region will be published in late April at www.joinusincopenhagen.com