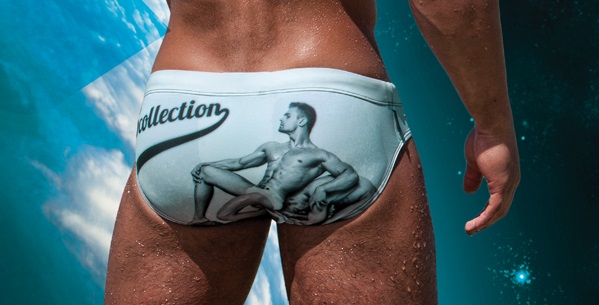 Get set for the launch of Bump a new gay club night in the heart of London! Brought to you by promoters Chris Amos (owner of Manbar) and Wesley Marilio (music producer and Manbar marketing guru), Bump brings the party back to Soho every Friday night.

Bump brings together London’s finest commercial dance DJs and the most fabulous hosts working on the scene right now. This synergy is set to make every Friday night an unforgettable experience for party goers. Overlooking Leicester Square, Bump boasts a state of the art sound system to showcase London’s premier gay scene DJs.

Bump takes up residence in the recently refurbished Rise, 1 Leicester Square, which was taken over in January 2014 by entrepreneurs and clubbing enthusiasts Chase McGuinness and Andy Scott. The forward thinking pair spent £100,000 renovating the 4th floor adding VIPs toilets, deluxe booth seating and state of the art sound system creating a perfect party space for Bump.

DJ stars include Fabio Luigi who grew up in Sao Paulo, the carnival capital of the world and dedicated his life to music and dancing. Fabio has made a name for himself in London at Lo Profile, Matinee, Beyond, A:M. and has played massive circuit party events all over the world.

He is joined by GSP (alias George Spiliopoulos) a London-based, international DJ/Producer originally from Greece and considered to be one of the best European Circuit DJs around. Playing in Vienna, Barcelona, Tel Aviv and Madrid at parties like Gigolo, Xlsior Festival, Beyond and Society. His legendary DJ podcasts regularly top the dance podcast charts.

From downunder Brent Nicholls began his career in Sydney in the 1990′s on the gay scene. Since then he has forged his reputation as a globally respected DJ. He currently plays in the ultra cool Soho places like the Edge, Rupert Street & Manbar. Aswell as Hard On, Sweat and Hotwired, Wig Party and global circuit parties such as Delice Dream. Finally DJ Gretta Gargola! Starting out in 2000 as a well known drag act in Madrid, she has worked Space of Sound, Cool, Gula-Gula, Ohm ect. Gretta’s energy and charisma got her residencies at the best gay clubs in Madrid (Pink Flamigo, Long Play, Royal, Lay Down, Bonamara, Sundance). She moved to London 6 months ago working at Manbar and recently Beyond. Now every week at Bump.

Bump brings together the best hosts working in London right now. Award winning Chrissy Darling is famous for his stunning tailor made full body costumes having worked on the door at the UK’s most famous gay venues including Fire, Heaven and Essential. She is joined by Spanish club legend Alex Mercurio, a Barcelona Circuit scene star famous for his his poised performance showpieces at these legendary parties. Plus we have hunk Mark Cassar arguably the hardest working host in London right now, his professional and friendly approach to hosting has got him gigs at Papa, We, Freedom and now Bump. Lastly but not least scene stealing Brook London who brings fashion and extravagance to the house of Bump.