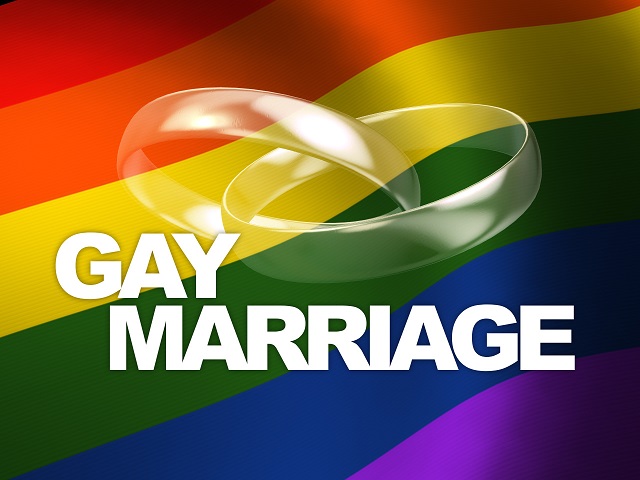 While certain countries/states/governments around the world are waging war on gay citizens, we here in England and Wales are at last beginning to recognise same-sex marriage.

From today gay and lesbian couples who married overseas have their status recognised in England and Wales, in the past they were simply treated as in a civil partnership.

That is just the start as same-sex couples in England and Wales aiming to wed on the day gay marriage becomes legal – 29thMarch – can get those ‘bands’ in at the registry office now. Under the terms of the bill, religious organisations will have to “opt in” to offering weddings, with the Church of England and Church in Wales prevented in law from doing so. However, some religious bodies and individual clergy want to bless all their parishioners and are eager to officiate at same-sex marriage ceremonies.

Meanwhile, people who are in civil partnerships who might want to “upgrade” to marriage will have to wait as those procedures have yet to come into effect.

Scotland has passed a same-sex marriage bill but changes in the law are not being introduced in Northern Ireland.

As one lesbian couple determined to make the most of this change to the law observed:  “We’re the 15th country in the world, so it’s been a bit slow and behind countries you would be quite surprised about.”

Those in civil partnerships can choose to convert their relationships to marriage but are under no obligation to do so.