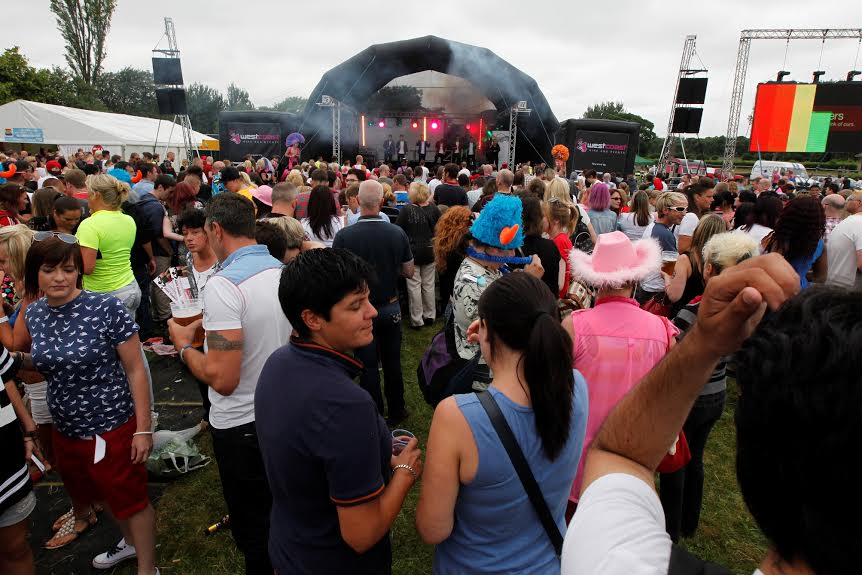 The North East festival celebrating the gay, lesbian, bisexual and transgender community (LGBT) could attract up to 65,000 visitors after organisers announced it is tripling in size.

Newcastle Pride, now in its seventh year, annually attracts thousands of music lovers and members of the LGBT community from across the UK and further afield.

This year, to meet growing demand, it is being extended from one to three days – making it the biggest free event of its kind ever to be held in the North East and the second largest in the UK.

Event organisers, Northern Pride, hope that up to 65,000 visitors will attend the festival on 18th, 19th and 20th July, with the potential to boost the North East economy by upwards of £5million.

Mark Nichols, Chair of Northern Pride, said: “Attendance has been on the increase in recent years, with Northern Pride attracting a record 28,000 visitors in 2013, boosting the regional economy by around £2m.

“This year we’re hoping to make the event even more inclusive and are confident that extending it to three days will have a positive impact on the North East tourism industry, as well as the thousands of visitors we expect to take part.”

Newcastle Pride 2014 will be based primarily at the Town Moor, Newcastle, where live music will be staged across the three days.  On Saturday and Sunday, the moor will also play host to stalls, food outlets and a fun fair, as well as a health zone, women’s stage, sports zone, trans zone and family and youth zones.

An additional cabaret tent, sports arena, dance tent and bear zone will also be available on Saturday only.

For the first time this year Newcastle Pride will have a second stage in the heart of the city.  The Pride in the City stage will play host to a variety of DJs and live entertainment outside the Centre for Life on Friday, Saturday and Sunday.

Other highlights in this year’s extended event include a parade through Newcastle city centre on Saturday July 19 and the Paws with Pride pet show on Sunday July 20.

Mark Nichols said: “Extending Newcastle Pride to three days has allowed us to include a much wider variety of events than in previous years and, with so much going on, there’s sure to be something to suit everyone.”