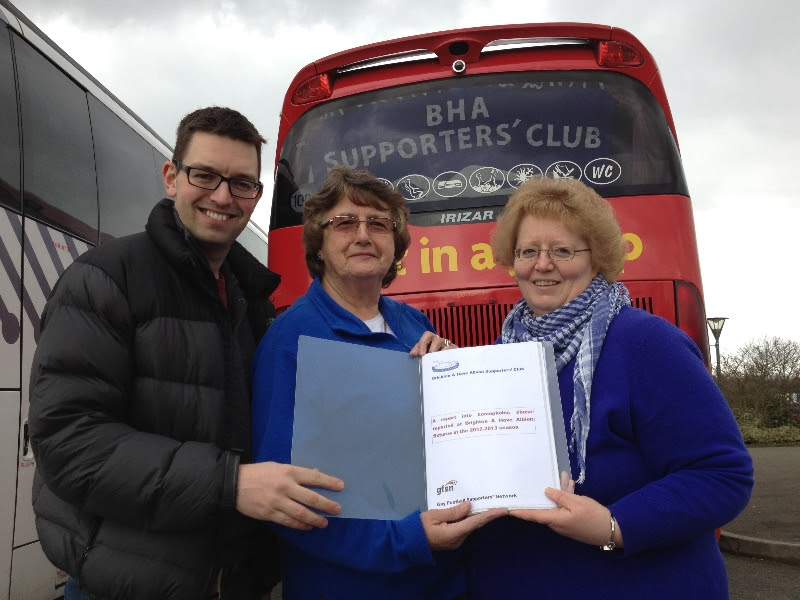 Tonight the GFSN (Gay Football Supporters Network) will be featured in the Channel 4 Dispatches documentary “Undercover: Hate On The Terraces” (C4 8pm) where we discuss the lack of action against homophobia at football matches.

Along with racist, Islamophobic, and anti-Semitic abuse the documentary highlights:

“20 homophobic incidents across three matches at Brighton & Hove Albion. Even though last season their fans complained to the FA that they’d received homophobic abuse in more than half their matches.”

In early 2013 our report in conjunction with the Brighton & Hove Albion Supporters’ Club (BHASC) highlighted extensive homophobic chanting against BHAFC fans from over 72% of opponents in the 2012/13 season, and resulted in the Crown Prosecution Service making a strong statement to reiterate the laws concerning abuse on the terraces ( http://www.gfsn.org.uk/news/brighton-abuse-report.html ) The GFSN is currently working on a follow-up report detailing current levels of abuse and action that has been taken since the first.

GFSN Chair Chris Basiurski said:  “This documentary highlights the large amount of homophobic and other abuse still encountered at games across the country. The GFSN is especially concerned about how young people are involved in the abuse and are worried about the impact this is having on LGB&T people in football and in society in general. Action is being taken across the game to address it, but much work still needs to be done. Football is for everyone and LGB&T people should not be put in a situation where they feel scared to attend matches.”