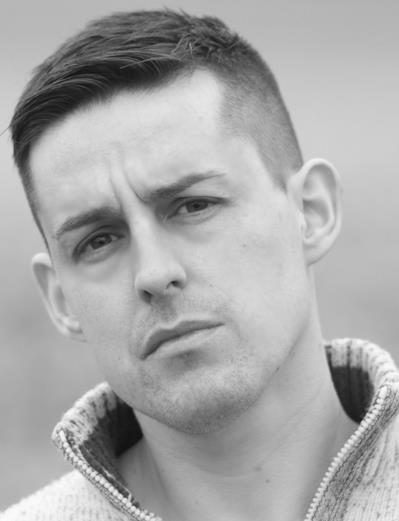 My name is Jonathan Dahl and I am a gay actor from the North of England. I have been in the industry for over twenty years now and there have been many highs and few lows during that time.

From having my first adolescent strop as a 4 year old and always wanting to be centre stage, to that first TV and film role, it can take an age to become an overnight sensation.

I hope you’ll join me in my literary journey as I tell you of the prizes, as well as the pitfalls, that can happen to a talented young thespian as he treads the boards and aims for those highest of highs.

“Why should I bother?” I hear you ask. “Why would anyone want to read about an actor named Jonathan Dahl?”  Well I can’t really answer that one. I can just hope you will all join me as I take you on the first part of my adventure into the acting profession.

WHERE IT ALL BEGAN!

It’s strange, but there are moments you remember in your past when you suddenly realise ‘WHAM’, that one event in your childhood set you on the path you are now taking. For me it was this memory:

I was at Nursery school aged about 3 or 4 years old and there was a dressing up box which had this nightie, I apparently had this obsession with it, one might say I was infatuated with it and would wear it on any/all occasions I was allowed to. Unfortunately, I was off sick for some time and on my return I witnessed one of the other tots wearing this garment – my garment. I confronted them demanding that they give it back (cos being so young I believed it was mine). They said ‘no’ so I grabbed it and it ripped.

I went into a right paddy screaming, shouting and stomping my little feet like the world had ended as this nightie had now been ruined. It was like they had stolen something of mine and I wanted it back and if I couldn’t get it then neither of us was having the benefit and that was that.

That was my first and earliest memory I can recall of wanting to dress up and imagine I was centre stage and everything revolved around me and what I wanted.

However, it really all began when I was at primary school. I had realised quite early on that I was different from the majority of the other kids. I wasn’t into playing sport, I didn’t like the rough and tumble of the playground and I’d much rather read or daydream.

Even though I was often taunted by the bullies I was still doing things to be the centre of attention. I had to have the limelight, even if that bright light was a focus for those who hated me. I guess one might say I have always been a bit of drama queen and this is probably why performing and acting comes as second nature to me.

During my time in junior school, like everyone else, we all wanted to be involved in the nativity play. All the boys were itching to play Joseph, though on this occasion I didn’t get the lead, (call it school politics if you like as the boy had zero talent).  Alas, I was cast as one of the shepherd’s wearing a scrawny tea-towel on my head so, I wasn’t happy.  However, a friend had promised to lend me a snake-skin belt to wear, which I saw as a scene-stealing bit of kit but, due to unforeseen circumstances, it never materialised. My appearance as the shepherd with the awesome look didn’t happen and I became just one of the cast, not the intended focal point (yes, with that belt I planned on outshining Joseph, Mary and the infant Jesus… I was that ambitious) but that fired my purpose to get ‘centre stage’.

I undertook Drama at Secondary School and was involved in a school entertainment show, which was organized by one of the pupils who went on to become a big name in television and now a former star of the ITV serial drama Emmerdale.

Speaking of Emmerdale, in the 90’s they used to use my school for filming. This would be my first experience of being in front of a camera on TV. I managed to wangle my way out of class several times to be a walk-on playing a pupil (yes but in my head I was the star), and from that I had got the bug to carry on and strive for success. In between takes I used to talk to some of the cast members and they gave me advice on how to get my foot further in the door, so this gave me the courage to look for an agent. From thereon I began my journey into working on a film set.

Just talking to some of the actors when they weren’t filming, and from that little ‘drama queen’ inside me, I knew from then on that I wanted to do nothing else other than get into the acting profession and work my way to the top. Nothing else mattered and nothing and no one would get in my way to what I wanted to do.

I had heard of those stories that you sometimes read in the tabloids about artists sleeping with people to get where they want to be… the ‘casting couch’. For a short while I had this thing in my head that I would have to do this to get where I wanted to be. Of course I never actually did go about things in that manner. The closest I ever got to it was a dream I had about getting all hot and bothered with the hunky Aussie actor Guy Pearce who I’d always had a teenage crush on.

As I got older there were more crushes on other big names and I had those dreams I am sure everyone has experienced where they wish they were that person (or possibly in a role with them). The lure of the camera was calling and I was desperate to meet up and show what I could do…

Join me for part two on my journey into the acting biz; from my early days in Theatre to working more in TV and Film.