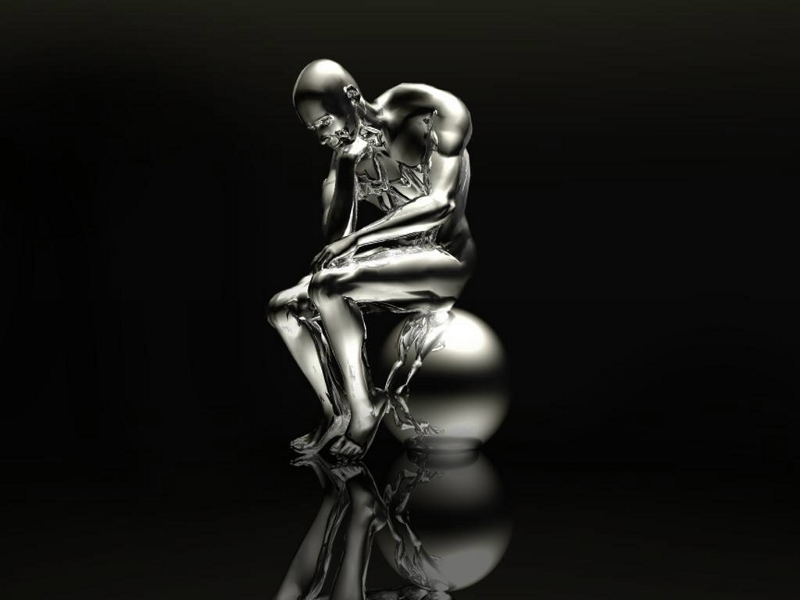 ‘Mitchell’ was worried. It had been many years since he’d last felt the urge, indeed, since his brain had been the driving force of SP4NK, his reinvention as the Automnibot X max, all his thoughts had been aimed at a much higher level.

Solving the BIG questions, developing new theories, inventing the Quintillion Expergerator, justifying the universal laws of Quandramic Function… these were just some of his vast achievements over the past centuries since his brain was taken from his redundant body and given this plasmetal form as its host. SP4NK was now his name and reference and he was surprised that his ancient name ‘Mitchell’ had suddenly entered into his thought process but at the moment, his head was full of strange and disturbing needs… urges he had given up even when he was a full human, who knew how many hundreds of years ago that was. Time, as he once knew it, just didn’t ‘compute’ in his current form. It started seven specral days ago as the craft SP4NK was piloting from Globulus 69 encountered that strange ‘space goo’ that his onboard equipment simply couldn’t analyse. It sort of surrounded his craft and held it fast making the power thrusters almost obsolete, although the strange dipping and reversing, the plunging and vibrating of his craft had been very unnerving. SP4NK suddenly realised that it was only at the final release and massive boost that shot the craft through this space ‘stuff’ that the very first thoughts of ‘Mitchell’, a name he’d dumped eons ago, entered into that vast collection of cells, neurons and synaptic connections. His thought process was interrupted. He also remembered the terrific shudder and groan the craft made as it freed itself from whatever it was that held it, controlled it and eventually, with a huge surge, released it. It was like… it was like… erm… his brain was thinking… what was it like? Somewhere at the back of his mind he had an idea that it meant something, a memory tripped but not yet focused.

But now, with the passing of time, ‘Mitchell’ had come to mean something more to him. Despite his attempts at analysing the ‘stuff’ from space he’d encountered and the theories he postulated… none seemed to take his mind off ‘Mitchell’. In fact it was very specific. It was ‘Mitchell’ as a youthful 18 year-old; fresh from the Molecular Advancement University where he’d developed his very first none-quintential theory of G’netic Panathorus. He was on such a high after it had been published that he and his best friend… erm… it was coming back to him… Blake, yes that’s him, Blake had gone out to celebrate. After consuming too much Regulo100 they had returned to their shared rooms and had the most amazing… what was it called? Oh, this was getting frustrating… what was it that they’d had… SEX. That was it. They had incredible sex… Blake taking Mitchell on a journey into the wild side of education that he’d simply not known about. SEX, that was it. A simple word that meant everything and now it explained so much. The ‘goo’, the space craft vibrating, the thrusting, the pitching and tossing… it was all amalgamating into one experience… the sheer pleasure that the first night with Blake had given him. The ‘space goo’ seemed to be a memory of that moment. The amount of sperm that both young space cadets had sprayed in, on and over each other, had blown his momentous theory into the backwaters of his mind as he gave himself over to Blake. They had spent the next week just shagging and sucking and…

SP4NK looked down at his plasmetal frame. The silky smart liquid body shone with a purple luminescence. It replicated the perfect toned body of an Olympic athlete… copied from the ancient marble statues that filled the Global Museum in the capital. His brain may have been hundreds of years old but his body was that of an 18 year-old gymnast. Now his thoughts had returned to that time in his past, his needs and desires creeping into his mind and obliterating his theory on… damn it… he couldn’t remember what he was theorising about. His body shook as sensations that had not been part of his quantrillion-cell brain for years blasted into his every thought. His left plasmetal hand reached up and touched his breast while his right plasmetal hand ventured down to his slim glowing hips. SP4NK/Mitchell moaned in anticipation. Alas, his searching right hand found nothing but the silken plasma crotch, a slight bump in the shape of his body, an image of something but in fact zilch. There was nothing there to help with those overpowering urges that had completely over taken every aspect of his being. Once his body was made up from scores of elements, nerves, electrical pulses, bones, flesh and blood… what a time to realise that, in this advanced and highly developed state, he couldn’t even have a simple wank to relive all that built up sexual tension.