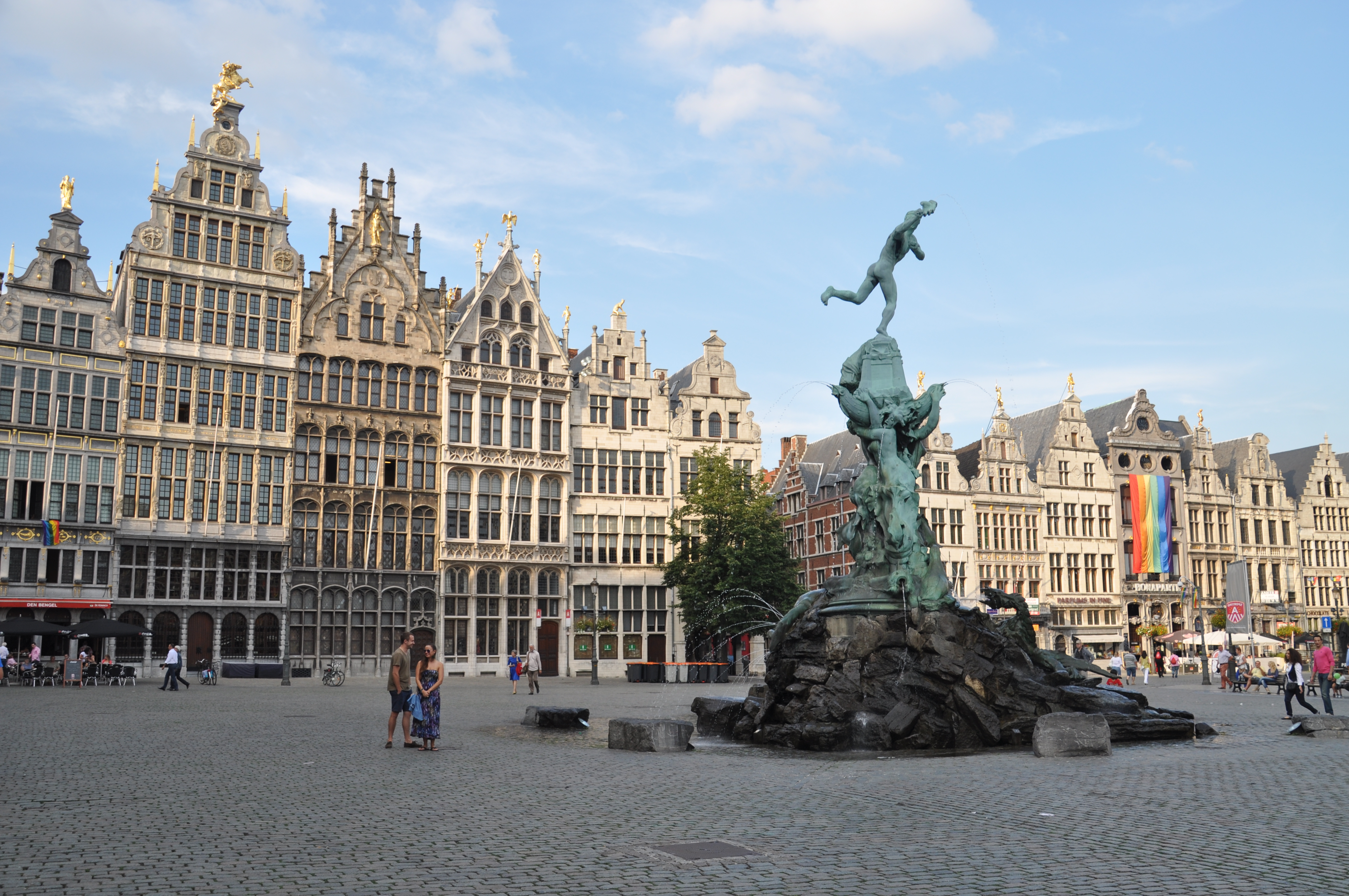 With Putin’s government drawing a shadow over the 2014 Winter Olympics in Sochi, we sent Adam Lowe to check out the worldOutgames and report on just what a real sporting competition should be.

Antwerp has never been one to be outdone. So considering this year it is already the European Capital of Sport, it is no surprise the city also hosted the most aspirational worldOutgames yet, drawing an estimated quarter of a million visitors to the Belgian city. Unlike the Winter Olympics, which claims to support human rights but is still tangled in knots over the Sochi 2014 games, worldOutgames prides itself on three pillars: sport, culture and human rights. The games began in Montreal in 2006, with the second games taking place at Copenhagen in 2009. Among the 35 sports presented at this year’s games were same-sex dancing (which the UK won), archery, skating, martial arts, fencing, diving, football, wrestling and water polo. Culture, in this case, included Eurovision@WOGA, where amateur singers warmed their vocal cords for their chance to be crowned stars. A full Choral Festival ran, with prizes awarded for the best musical performance, the most original repertoire and the best presentation. The public also got to pick its favourite act. Choirs were also given the opportunity to take to the stage at the Rainbow Village and throughout the worldOutgames events. Other cultural activities included yoga, exhibitions (including the wonderfully-titled Glory Hole: the exhibition and a queer Russia exhibition) and a family day. 500 people took part in the city’s diverse programme of cultural activities, which fed into the concurrent Antwerp Pride 2013, which itself had crowds of 35,000 people. Tours of the city were given on bike, on foot and on segway.

Clubbers were not left out, either, with Antwerp Pride lending a hand to make sure the party kept going. First, the worldOutgames launched on Friday 3rd August with Fabulous, an epic all-nighter featuring international DJs and guest stars Alcazar. The next day, D-Club hosted the Mr Gay World Party, with competitors for the title and the newly crowned Mr Gay World himself present for the celebrations. Meanwhile, Bocadero hosted the Cafedelove Women’s Party, with shorts, skirts and cocktails along the Beach of Love. The DNA Pool Party on 8th August was hosted by Australia’s top gay mag, DNA. Let’s Get Physical at Cafe Local was an energetic evening of pop and athletic physiques. Supergay at Hangar 29 was the main party of worldOutgames and and Antwerp Pride 2013. The heroic theme was in celebration of the worldOutgames competitors. WAVE, again at Hangar 29, was Antwerp’s beach-themed culmination to Antwerp Pride. Topping the bill was the iconic Boy George himself. The games’ mantle was officially handed over to the city of Miami during the event, in preparation for worldOutgames 2017. Chair of WOGA 2013, Bart Abeel, organised an inspirational conference with the Antwerp Human Rights Team. The From Safe Harbours to Equality conference helped define guidelines for international policymakers. Among these were the Antwerp Guidelines, which form a world-class set of recommendations for equality and diversity. Key among the discussions at the conference was the idea that the attitudes of the developed Western world might not be the most effective ways to assist LGBT people in other parts of the world. WOGA’s website clarifies, ‘This should not mean renouncing the universality of human rights, but instead understanding that difficulties along the arduous path towards equality may vary from one context to another. And that the tasks and pathways that may be adequate in one particular context may be totally inadequate in others.’ This statement is particularly relevant in light of recent changes worldwide. France, for instance, signed in same-sex marriages before the UK did. This is in stark contrast to anti-gay laws in parts of Africa and, most notably, Russia. Meanwhile, homophobic attitudes in Jamaica are being challenged, with the latest PM, Portia Simpson-Miller, calling for greater acceptance for LGBT people. The point, then, is that gay marriage would be an irrelevant argument in Uganda, where other kinds of support are more urgent and more appropriate. Keynote speakers at the From Safe Harbours to Equality conference included a diverse range of participants. Alice N’Kom, the Cameroonian lawyer who is known for her active support of the LGBT community, joined participants who were from closer to home: Iceland, Flanders, France, Switzerland and America. Delegates from Mexico, Venezuela, Kenya, Nigeria, St Lucia, Indonesia and Australia also took part, reflecting the struggle for LGBT equality worldwide, and aiming, as WOGA announced, to consider ways LGBT movements in different countries can work together. With Antwerp’s location as a port city, the theme of the conference took its focus from the ideas of migration and movement. So panellists discussed the migration of LGBT people for various reasons (such as asylum), the migration of ideas, trafficking and sex work, access to health care and dialogues on how to create safe harbours for LGBT people and their allies. What’s more, the conference sought to engage 120 delegates from ‘non-Western’ nations, who might otherwise have been unable to attend. This included countries in Asia, the Pacific, Africa, South America, Caribbean, the Middle East, Central Europe and Eastern Europe. This was not a conference where thriving gay men patted each other on the back for a job well-done, but rather an opportunity to assess how far we, as an international community, have to go to reach true freedom. Key among the Antwerp Guidelines is the belief that every individual is unique and has a right to make their own choices, so long as they respect the same rights of others. Unlike the dithering International Olympic Committee, which has failed to take a firm stance for LGBT rights in Russia, the Antwerp Guidelines explicitly express their solidarity with LGBT people and their allies in countries where persecution and homophobic/transphobic legislation exists. This atmosphere of solidarity was exemplified by a huge kiss-in outside the Russian embassy, in sympathy with our LGBT brothers and sisters living under Putin. More widely, the Guidelines call for alliances with any group that furthers the principles of health, freedom and equality. Access to healthcare for all, and greater research into the reasons for and solutions to homophobia and transphobia around the world. For these reasons—and many, many more—we think the worldOutgames is a model for sporting excellence and fairness worldwide. We’ll see you in Miami for the 2017 games!