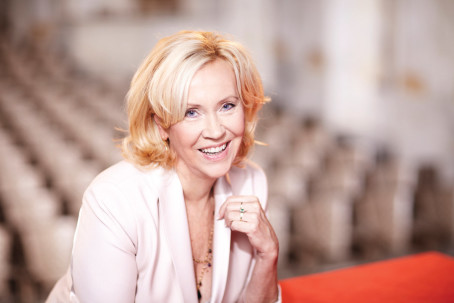 Stockholm Pride, Sweden and Scandinavia’s Largest Gay Pride Festival, proudly announce that the singer and pop icon Agnetha Fältskog from ABBA will attend the Festival on August 1st. Agnetha will make a very special guest appearance on the Main Stage in Pride Park, Stockholm, where she will be presented with a Gold record for her critically heralded album, “A”. “We are incredibly honoured to have the music icon Agnetha Fältskog from ABBA attend the Stockholm Gay Pride Festival to receive the audience’s cheers and love. It will be a unique opportunity for the Stockholm Pride audience to pay tribute to Agnetha Fältskog, especially for her latest album “A”,” says Jörgen Eriksson, Festival Director of Stockholm Pride. Agnetha Fältskog’s voice has been the soundtrack to millions of lives, and her new single, “Dance Your Pain Away” is the second song to be taken from “A” which marked Agnetha’s triumphant return to music after almost a decade, and her first original material for 25 years. “A” was recorded and produced by GRAMMY-nominated songwriter/producer Jörgen Elofsson and the acclaimed producer and composer Peter Nordahl. Agnetha’s attendance at the Stockholm Pride Festival will give her fans a great chance to celebrate with her as she receives her Gold award. She will be joined on stage by Jörgen Elofsson and Peter Nordahl. Stockholm Pride is a non-profit organization that operates with the aim to strengthen the LGBTQ-community’s living situation and rights. The festival is a joyful free zone for the LGBTQ-community, and strives to make it possible for members of the LGBTQ-community to take place in the public sphere. Artist who are performing on Stockholm Pride this year includes Gina G, Helena Paparizou, Emmelie de Forest, Kleerup, Amanda Jenssen, Margaret Berger, Ryan Dolan, Janet Leon, Viktor & The Blood, Jonas Gardell, Anton Ewald among others. Stockholm Pride runs from July 30th to August 3rd. Tickets: http://smarturl.it/stockholmpride2013