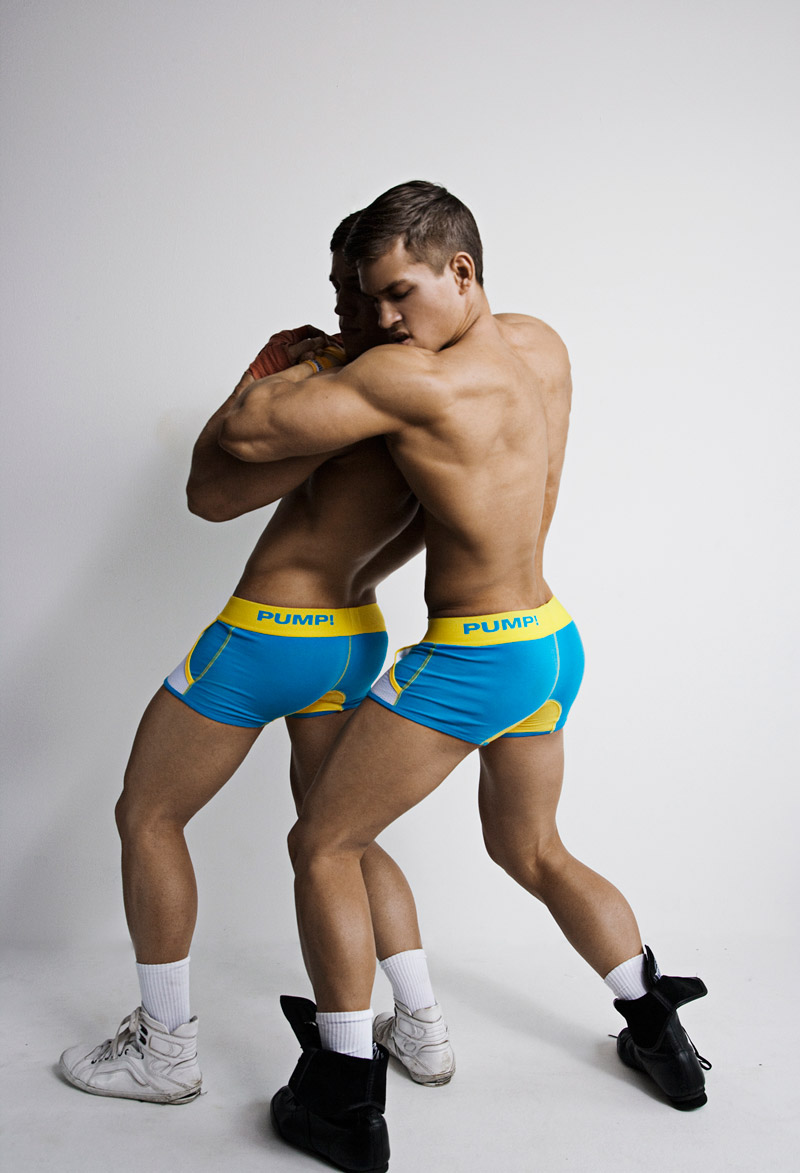 His face was flushed and his mouth was gritted in fierce determination as he tried to fight back. I knew I was hurting him and I was confident in the knowledge that there was damn all he could do to stop his torment. Well there was one thing… submit… but he wasn’t prepared to do that just yet. He was breathless under the strain of trying to dislodge me and fighting the pain he was so obviously in but I’ll give him this… he wasn’t prepared to go down without me having to work for what I wanted. I was more powerful and more experienced than him and I could feel his strength being used up in futile attempts to manoeuvre himself into a better position – as if I was going to let that happen now I had him just where and how I wanted him. My sweaty crotch pushed into his face, while the mingling of my body fluids in the cotton pouch could be tasted, as well as smelled, and very soon he would have to admit defeat by taking my cock down his throat. I love wrestling. Not in a professional capacity but as an amateur and I’ve had my hands on some amazing specimens of manhood. Over the past few years the number of gay wrestling groups has increased and they are springing up all over the world, so you can spend all your free time travelling and getting to grips with some unbelievable pieces of prime man-meat. I’ve wrestled in public, in private, in the ring, on mats, in the bedroom but without doubt my favourite is wrestling in my pants. Although I like guys naked, I like having to fight for the privilege first. Getting to grips with a hunk wearing just his pristine underwear is a real turn-on… especially if they have ‘dressed’ for the occasion. Horny muscular guys in new, tight-fitting, sexy pants have me panting from the very start and I can appreciate the feel of that area I’m most interested in… getting to know it better as the taut fabric is pushed into my face and I’m forced to inhale deeply. Hell it’s such a rush.

Although that’s my favourite way of wrestling, my mate Chris is hotly into wrestling in oil. Getting that final grip can be almost impossible as hands and fingers slip and slide over tense muscle, firm bulges and shiny, smooth skin. Pitting your skill, endurance (and sneakiness) to pin your opponent down becomes of paramount importance as bodies grapple for superiority to win the bout and take the prize… especially if that prize is your opponents defeated, oil slicked and vulnerable body. Then the oil that has tormented you for so long as you tried to get that final but elusive submission hold becomes a friend. A slick dick, an even sweatier oil-lubed arse crack means instant admission whether they want to yield or not. On this occasion, eventually, my sexy pants-clad rival submitted. My body dripping with sweat that all seemed to collect at my crotch where I almost suffocated him as I rammed it into his face, forcing him to breathe in deep my potent aroma. He had to pay the forfeit and sheepishly crawled onto all fours. His tight cotton trunks now almost transparent with sweat hugging his shapely butt as he wriggled his hips waiting for me to make my move. I love that view. A horny, sporty guy with his arse trembling, just waiting to be taken and my cock, bulging out of my own sweat-slicked pale blue undies, as always, eager to take things further. My opponent was new to me so, it was with immense satisfaction that I pulled down his briefs and left him trembling in anticipation on the mat. He’d felt my hardness pressed against his face now his arse was going to get the same treatment. My cock jerked a few times as it slid against his tightly knotted hole. I smiled to myself knowing that being that tight he was going to suffer once I started. I pressed several times and my slicked dick shot in all directions unable to make the penetration it desperately needed. Then I had a thought and spun him over onto his back, lifted his legs high in the air and let my tongue do some exploratory work. His tightly puckered arse eventually gave way to my gently probing tongue and the moment he was relaxed I took full advantage. My seven thick inches bulldozed a pathway and embedded itself deep in his gut. The squeal and moans were delightful as I pleasured both myself and my challenger as he took me time and time again… deep and hard. Judging by the puddle of spunk he shot all over his chest… he seemed grateful. However, he’ll have to get a lot more experienced (or sneaky) if he is ever to beat me and get his own back. In the meantime… anyone else up for a bout?