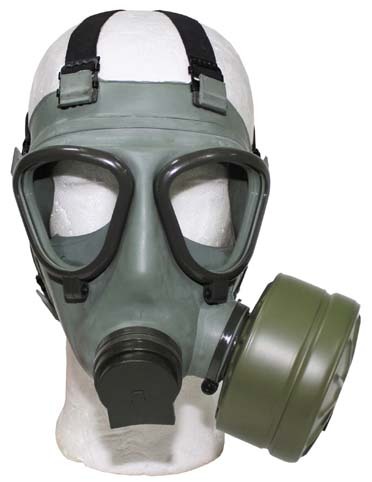 Thursday, 9pm on the dot and I was knocking on the door of my regular appointment, Mr. Davies. He’d booked my services for the past three months; every two weeks, same time, same place and I assumed, same sex. He said he liked my long slender legs, and ‘admired greatly’ (his words not mine) my tight, hairless (and always available) bum.

The money was always there on the table when I arrived should I want to check it. I knew from our protocol so far, that he’d be upstairs waiting until I went to the allotted bedroom, stripped off and got myself ready for his appearance. It was a little bit of theatre that he enjoyed, making an entrance in whatever outfit he’d decided would complete the scene for him. Sometimes it was leather, occasionally rubber or some kind of uniform but often just leather straps and a harness that framed his hairy, and not unappealing, body that emphasized his growing excitement. My job was simple; get my kit off, lube myself up, then brace myself over the bed and wait for his ‘surprising’ arrival.

I stood naked in front of the mirrors that surrounded the bed; he normally enjoyed watching himself as he stuffed my arse. He said he liked to see himself, and me, from as many angles as possible as his latex covered thick knob did its work. He appeared totally naked. His hairy and fairly muscular body already had a sheen of sweat but as always, his dick looked ready for action. However, this time he reached under the bed and pulled out some things and told me to get into them.

There was a pair of green waders and a gas mask. I’d seen anglers use waders before but I had no idea where the gas mask came into any kind of scenario. The fact that I couldn’t understand why he wanted me to wear them was of no consequence to me, as he was paying for my time and I never deliberately disappoint a client. This time, as he stood there completely naked with a raging hard on, I looked at him quizzically, while tentatively slipping a foot into each wader. Bloody hell, the effect was startling. All those images reflecting back at me said one thing. HOT. The room was, as always, very warm and a slight, sweaty gloss had broken out all over my body, which complemented the shininess of the rubber. He nodded towards the gas mask. I wasn’t keen on having the thing on my face, it looked like some devil instrument of torture but, I eventually slipped it over my head and immediately realized it restricted my breathing. The smell of rubber was overpowering but quickly became intoxicating and very, very sexy. He adjusted the rubber straps making sure the mask fitted tightly and once he was satisfied I was told to take up my position. I leaned over the bed and, despite the restriction in my area of vision caused by the mask, saw my strange reflection in the multitude of mirrors. I could see the length of his strong, manly body and it told me that he approved of what he saw. I moved my legs slightly and the sensation of the top of the thick rubber wader sexily massaging the back of my bum cheeks and gently grazing against my balls, sent my cock into throbbing ecstasy… I’d never been so hard. He let me enjoy this new feeling as he admired the look, letting his hands smooth and stroke up this extensive piece of rubberwear ending up gently massaging my naked arse cheeks. My breathing was getting more and more laboured as I became equally more aroused, the lack of fresh air adding a new dimension to the overall sensation. The aroma of rubber, and another, newly added acrid smell forced its way into my nostrils and my head began to spin. A feeling of relaxed euphoria seemed to fill my brain as I gave myself over completely to Mr Davies’s desires. His hands were everywhere and, as his feather-light fingers touched my rigid cock, he slowly bent me further over the bed.

He admired my position for some time; obviously, the waders had framed my ass-cheeks for his appreciation and given a different aspect to my bum hole. He slipped his own rubber gas mask over his head and the vision of a naked, erect man in nothing but such an eccentric piece of equipment was, I have to say, visually stunning. He held some sort of rag against the breathing filter and again my head buzzed with a weird and erotic pounding.  Eventually, he moved forward and forced his cock into what he’d paid for. As he stuffed me, with more than his usual vigour, the top of the waders rubbed at my bollocks and top of my thighs making the overall sensation just too much to endure. My brain was doing somersaults as his dick pummelled my now sweaty and slippery hole, whilst my restricted breathing, combined with the sense of total confinement, yet acceptance, made me squeal into my mask in agonised pleasure. I saw him then hold the rag to his own filter and as he bucked he grabbed my hips tighter then ever. He upped the strength and speed of his thrusts and it was all I could do to take this forceful new frenzy.  Battered and moaning, the sensations taking hold of my body led me into a state of absolute submission. I held off coming for as long as possible but this was all new. The situation got the better of me and I exploded in moments, which isn’t like me at all. He must have felt my arse tighten as I came in seven long spurts and I heard him let out a huge, though muffled, ‘Whoop’ of joy as he continued to reach his own orgasm. He was like a man possessed as my arse was pounded hard, it was almost as if he’d never shagged me before. A new strength and purpose seemed to have gripped him and as my body rippled under the onslaught. The restrictive mask left me light-headed, while the elongated green rubber footwear, which vibrated against my thighs, bum, bollocks and dick, made me into a rubber slut enjoying a completely new fetish. An hour later and Mr Davies had certainly tapped into something different as I left his place, not only with a sore arse and a few extra notes in my packet, but excited about my next visit in a fortnight’s time.

To check out gas masks go to: www.bent.com