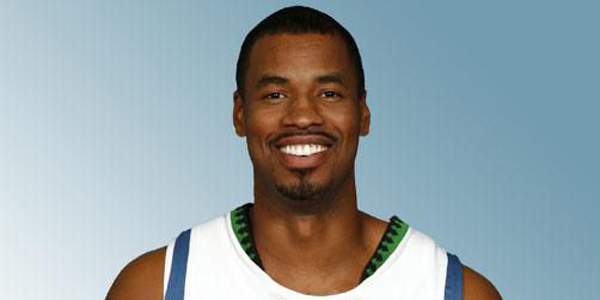 With that seemingly simple statement Jason Collins became the most high-profile openly gay sports star in the USA.

In an interview with Sports Illustrated, the NBA star, who has most recently played for Washington Wizards and Boston Celtics,  reveals that, after the recent Boston marathon bombings he decided to end his years of pretending to be straight.

“I didn’t set out to be the first openly gay athlete playing in a major American team sport,” Collins writes. “But since I am, I’m happy to start the conversation. I wish I wasn’t the kid in the classroom raising his hand and saying, ‘I’m different’. If I had my way, someone else would have already done this. Nobody has, which is why I’m raising my hand.”

Many sports stars believe that coming out, especially in a team game, is a definite no-no and worry about the reaction from team mates, opponents, fans, media… and sponsors.
However, there have been some high-profile endorsements:

First Lady of the United States, Michelle Obama, tweeted: So proud of you, Jason Collins! This is a huge step forward for our country. We’ve got your back! –mo

Former US President Bill Clinton said: “Jason’s announcement today is an important moment for professional sports and in the history of the LGBT community. It is also the straightforward statement of a good man who wants no more than what so many of us seek: to be able to be who we are; to do our work; to build families and to contribute to our communities.”

Tennis’s most enduring star player Martina Navratilova tweeted: “Well done Jason Collins- you are a brave man. And a big man at that.”

Meanwhile, Los Angeles Lakers guard Kobe Bryant was among several of Collins’s fellow NBA players to offer his support publicly. “Don’t suffocate who u r because of the ignorance of others,” Bryant tweeted, followed by the words “courage” and “support”.

Sportswear company Nike, which has endorsed Collins, also supported his decision.
“Jason is a Nike athlete,” its statement said. “We are a company committed to diversity and inclusion.”

NBA Commissioner David Stern said in a statement: “Jason has been a widely respected player and teammate throughout his career and we are proud he has assumed the leadership mantle on this very important issue.”

There have been those who have cast doubt on his ability to lead a homosexual lifestyle, be a Christian and an athlete but we can only hope that this brave declaration is the start of something bigger and better for the LGBT community… many of whom still live in fear of discovery, exclusion and harm.

We wish Jason Collins well and applaud his decision to come out… and speak out.