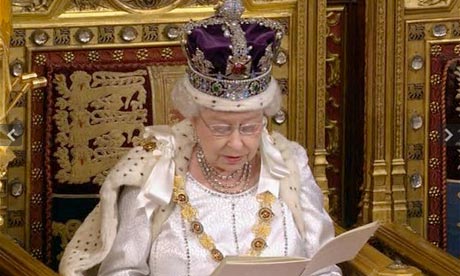 In a message from the Peter Tatchell Foundation regarding the recent signing by Her Majesty of a Commonwealth Charter banning discrimination, Peter argues that it isn’t necessarily the support that LGBT activists had hoped for.

Peter writes: “By signing the new Commonwealth Charter, with its rejection of all discrimination, the Queen has been seen by some people as implicitly endorsing gay human rights. They argue that although the charter does not include an explicit commitment to gay equality, the clause rejecting discrimination based on “other grounds” implicitly includes a rejection of homophobic discrimination. Maybe.

It is, however, a bit of a stretch for the Daily Mail and Stonewall to suggest that the Queen has come out as a champion of gay rights and expressed her support for gay equality.

She’s made no such explicit commitment and not used any such words.

Indeed, in her 61 years on the throne, the Queen has never publicly uttered the words lesbian or gay. She is a patron of hundreds of charities but none of them are gay ones. Not once has she visited or supported a gay charity.

For the last four years, I’ve been pressing Buckingham Palace over the Queen’s failure to acknowledge the existence of lesbian, gay, bisexual and transgender (LGBT) people – and got nowhere.

Not surprisingly, the Commonwealth Charter does not include any specific rejection of discrimination based on sexual orientation or gender identity. This was vetoed by the homophobic majority of member states. They blocked its inclusion.

This makes the Queen’s charter signing even less of a big deal. It is certainly not the breakthrough for LGBT rights that some people are claiming.

Nevertheless, it is true that some Commonwealth Secretariat officials interpret the charter wording that rejects discrimination on ‘other grounds’ as including a rejection of anti-gay discrimination. It is claimed that this catch-all phrase was inserted to circumvent the objections of homophobic Commonwealth countries. Possibly.

Even securing this modest, ambiguous insertion into the charter was a tough battle that many member states resisted.

The Commonwealth has long held out against any commitment to LGBT equality. Successive leaders rebuffed all appeals to speak out against homophobia and transphobia.

Faced with this intransigence, in May 2011 I publicly blasted the Commonwealth over its shoddy record on gay rights.
http://bit.ly/lcXJO6

But since then, Commonwealth progress on LGBT equality has been painfully slow.

More than 40 of the 54 Commonwealth countries still criminalise homosexuality, mostly under laws imposed by Britain during the colonial era. Six of these countries stipulate life imprisonment. Uganda is currently considering legislation that would introduce the death penalty for repeat gay offenders. The Nigerian parliament has before it a similarly draconian anti-gay bill that will outlaw same-sex marriage, and LGBT organisations and advocacy.

The Commonwealth’s response to these two bills – and to the homophobic witch-hunts in Cameroon – has been feeble.

If the charter did include a specific commitment to LGBT rights it would be of huge symbolic importance. But its practical impact would be much less. The charter has no legal force. Most anti-gay governments would ignore it – and the Commonwealth Secretariat would be powerless to make them do different.

This brings me back to the Queen’s role. She is head of the Commonwealth and presides over a majority of nations where homophobic persecution is rife.

Even within the UK, she has given no lead on LGBT rights.

While I doubt that Elizabeth II is a raging homophobe, she certainly doesn’t appear to be gay-friendly. Not once during her reign has she publicly acknowledged the existence of the LGBT community.

While she has spoken approvingly of the UK’s many races and faiths, for six decades she has ignored LGBT Britons. If she treated black and Asian Britons in the same way, she’d be denounced as a racist. Why the double standards?

Regardless of whether these omissions are a reflection of the Queen’s personal views or the result of advice from her courtiers, as monarch she bears ultimate responsibility. Her silence sends a signal of exclusion and disrespect.

Astonishingly, since she became Queen in 1952, the words ‘gay’ and ‘lesbian’ have never publicly passed her lips. There is no record of her ever speaking them. Even when she announced government plans for gay law reform in her Queen’s Speeches, she did not use the words lesbian or gay. Apparently, mentioning LGBT people is beneath the dignity of the monarch.

To get the monarch’s side of the story, I contacted the Queen’s press office. I asked them: Has the Queen ever uttered in public the words gay or lesbian? Did she use these words in any of her Queen’s Speeches when announcing the government’s gay equality laws? Has she ever acknowledged the existence of LGBT people in any public statement? Has the Queen ever visited a gay charity or welfare agency? Is she the patron of any gay charitable organisation?

The Queen’s press office did not respond to my requests. I rest my case. The monarchy is homophobic – if not by conscious intent, then certainly by default.

As head of state, the Queen is supposed to represent and embrace all British people, not just some. How much longer will the LGBT communities have to wait for royal recognition and acceptance?