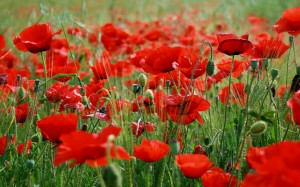 You’ve studied it, seen films about it. But, at risk of cliché, nothing can prepare you for actually being on the spot – amidst now-grassy craterous hillocks and sunken trenches, and all those graves and names.

The First World War (1914-1918) left over 9 million soldiers dead. The German advance westwards met Allied resistance along the Western Front in Belgium and France, becoming a static ‘war of attrition’.

Flanders, in Belgium, saw some of the very worst fighting of the war, much of it trying to seize and retain ‘high’ ground around Ypres (‘Ieper’ in Flemish), to defend the Allied ‘salient’. Several major offensives occurred in this area, the most famous of which (July – Nov 1917) became known as the ‘Battle of Passchendaele’, over a tiny village just north east of Ypres, in a bid to outflank the German Army, forcing it back from the Channel ports; also helping relieve the French further south.

Photos of Passchendaele – dead-eyed soldiers crossing duck-boards over a muddy, tree-stripped landscape – have become some of the most iconic images ever of the bleak futility or war. All in, at least 150,000 soldiers died, with another 350,000 wounded. The front hardly moved – scarce 5 miles gained, soon lost. The last surviving veteran – the last UK Western Front combat veteran, period – Private Harry Patch, died in 2009. A young Adolf Hitler was injured, alas not killed, at nearby Messines in 1917.

Walking around the pretty rebuilt ‘medieval’ town of Ypres, it is hard to imagine its stark highs and lows – from extreme cloth-industry wealth in the Middle Ages, when the Lakenhalle (cloth hall) and Saint Martin’s Cathedral were built to, less than a hundred years ago, being reduced to rubble during WW1.

Take a walk along the ramparts, from town gate to town gate, experiencing the moving Last Post at the Menin Gate, with its 55,000-long list of ‘missing’ – sounded every eve at 8pm.

My own great uncle, Charles – killed in the 1915 Battle of Aubers Ridge, aged 21 – of ‘no known grave’, is listed, along with over 11,000 other ‘missing’, on the Ploegsteert Memorial just south of Ypres, near the site of that legendary courageous informal Christmas ‘truce’ and No-Man’s-Land footie match. 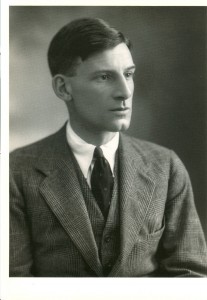 Sent to France in 1915, Sassoon was nicknamed ‘Mad Jack’ for near-suicidal bravery, being decorated twice. Wounded in 1917, he came home – increasingly, and publically, disillusioned with the war. Treated at Craiglockhart War Hospital near Edinburgh, he there met, and influenced, Wilfred Owen. 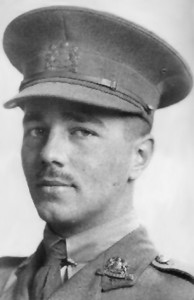 Returning to France in August 1918, Owen was awarded the Military Cross for bravery in October, and was killed on 4 November while trying to lead his men across a canal. His parents received news of his death on 11 November: Armistice Day.