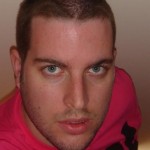 I’m not sure this ‘gay thing’ is all it’s cracked up to be. I came out a few months ago and all I’ve seen is stupid, loud, noisy lads drinking too much and getting high. I drink very little and hate the idea of drugs so I’m finding it hard to fit in… do you have any suggestions?

It can be difficult when you hit the ‘scene’ for the first time and questions are bound to arise: Where exactly do I fit in? Do I have to act a certain way? Am I really like these other people? The answer is – it is entirely up to you. You have shaken off the restrictions of being ‘closeted’ so now you can be just who you want to be… but… everyone is different. Think about what interests you and search the net… you’ll be surprised how many gay groups there are out there and how varied their interest. A little bit of research should help.

There is this guy that I’ve known for a while now and although I really like him we haven’t done anything sexual. In fact, I’m not sure if that’s where I want a relationship to go as I’m not all that interested in sex, however, I’d like to spend my life with him. Am I just dreaming of something that could never happen?

I’m sure there will be many people who disagree but a relationship doesn’t always revolve around sex. Building trust and knowing your partner can be the key to a lasting relationship. However, you will have to ask yourself if the fact you don’t want a sexual relationship is as a result of some trauma or event in your early life? If it is, maybe it could be sorted with therapy. Also, what do you think the man of your dreams might want. Would no sex be OK for him? If he is content being a good friend, then start being the best friend you can be… if not… let him be!

I’m really freaked out because I’ve fallen for a friend. He’s a friend who I have sex with I suppose fairly regularly, but he regards it as just ‘a friend looking after a friend’. He has a boyfriend, so I suppose I’m a bit on the side, except, I’ve known him a lot longer than his boyfriend has. I wasn’t jealous at first, because he’s the type of guy who anyone would want to go to bed with but, I now just hate the thought that he’s having sex with anyone but me. How do I deal with it?

Oh dear, I wonder if you’d feel the same way if you had a boyfriend – as you never mentioned you did I’ll assume you don’t. If he has a boyfriend and still sleeps around then you have to realize… that is how he is. I suggest you just make yourself a little less available and gradually wean yourself off him. Tell him that although you want to stay friends that you’re looking for something a bit more permanent and exclusive and see what his reaction is. It may be good, it may be bad but unless he wants you exclusively too… you might as well say goodbye to him now cos he’s not going to change.