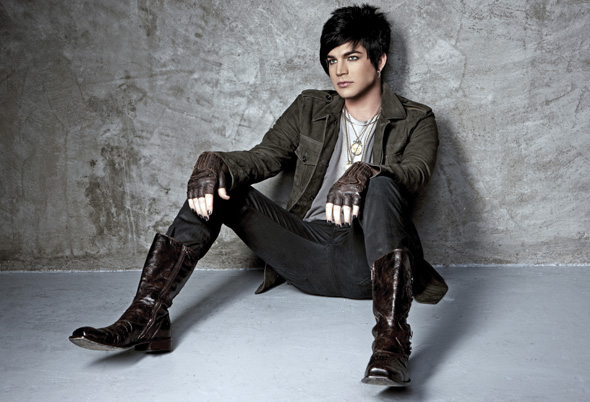 Adam Lambert has announced that he will bring his massively successful ‘Glam Nation’ tour the UK at the end of November. The sold out US tour hits Europe towards the end of the year, and Lambert promises to prove why he is one of the most exciting popstars around.
Adam’s ‘Glam Nation 2010 Tour’ has been selling out US venues since the day it began in Wilkes-Barre, PA in June.  Rave reviews appear in every city Adam visits, with glowing comments from MTV (“vocal fireworks….his pitch-perfect pipes proved to be the real star of the show….when Adam Lambert sings, its out of this world”), the Philadelphia Inquirer (“His voice is that of an angel with a powerful and dynamic range, a tenor with a glass-cracking falsetto touched by the hand of God and blessed by the spirit of Freddie Mercury”), and in Bent’s review of the man and his album earlier this year, (“incredible vocals… it is a clever, classic debut album).
Don’t miss out on the man who will soon be the world’s biggest star.