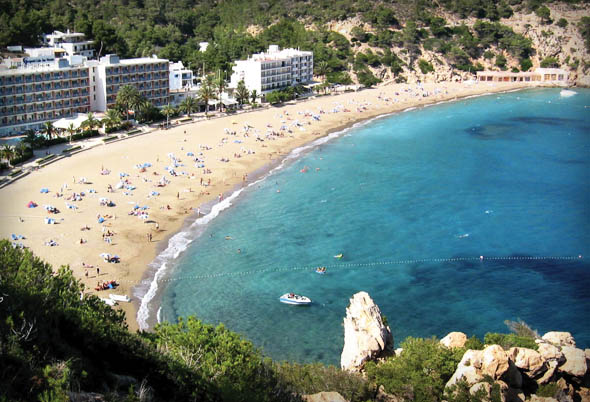 It attracted artists in the 50s, hippies in the 60s, the jet-set in the 70s and clubbers in the 80s and 90s. 150 miles south of Barcelona, the Spanish, Catalan-speaking Mediterranean island of Ibiza is constantly reinventing itself, currently developing chic spas and rural options to compliment its still-renowned club scene. As well as heaving resorts and sizable English and German expat communities, Ibiza also boasts secluded coves and beaches, hilly villages and its very own baby-brother island, Formentera. Its 100,000 inhabitants are vastly outnumbered by tourists during sun-drenched May-Sept – everyone coexisting in an area the size of the Isle of Man! A third of Ibiza’s population live in Ibiza Town (a.k.a. Eivissa) itself, home – along with adjoining resort, Figueretes – to the island’s main gay scene.