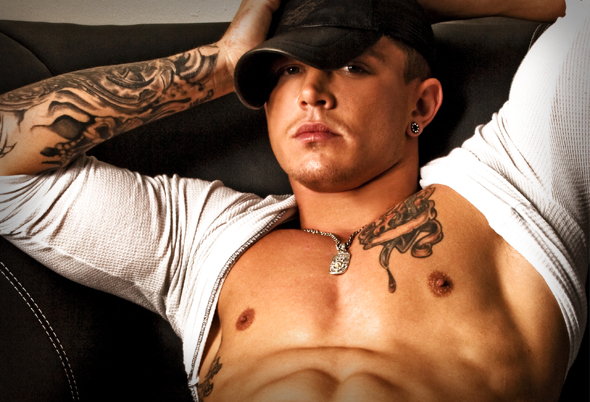 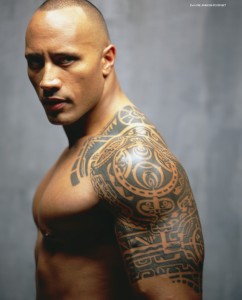 I have one friend who has been telling me forever that I should “…go and get some ink done”, as if it’s a kind of gay initiation rite that I simply have to partake in. True, there are many gay men I have known,  and dated that have been tattooed but is it really a gay thing? Do we all think that inked skin is the sexiest thing ever?

According to some men that is precisely how they think. For Dan, a committed lover of this particular body fashion. “I wouldn’t date someone who hadn’t been inked”. He didn’t say why particularly other than it was a turn off. Meanwhile, there are lots of fetishists that will only date someone whose body glistens with images, words or designs, so I suppose he’s not going to go without. There has been a rather large increase in ‘homemade’ tattoos, which mixes pain and disfigurement and seems to take it too far and I’m sure that not every gay man on earth will drop their pants at the sight of a rather crude tattoo… for Malcolm it’s a bit of a turn off:  “They believe I should be impressed that they are a ‘work of art… yer sure!”. Some people are dedicated about them, but I suspect most get tattooed as a fashion, and will regret them in the future but won’t be able to eradicate them. Occasionally you get a nice distinctive one, but usually they’re just generic and ugly. I find the whole idea of covering your skin with designs bizarre – it seems to be making claims  – “I’m edgy” – and that by implication, those without are banal and unadventurous. Personally I prefer people that express their personality through their words and actions rather than telegraphing it through inked-on designs. It’s as if having invested money and pain in getting one, they feel obliged to keep the thing on show. I’m aware how prim and sanctimonious that sounds but let’s be honest… it’s not always individual, often it’s just a bit ugly. And what about when you start to sag? I have a mate who is now in his late 50s. When he was young he had a nice tattoo of a dolphin etched onto his bum cheek. For many years he was very happy with it but now, as his ass sags, he complains it looks more like a beached whale. 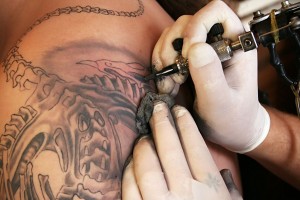 Some folks choice of tattoos leaves a lot to be desired. I was once dating a guy and we got naked for the first time where I discovered that he had Snow Whites and the Seven Dwarfs happily ‘Hi-Hoing’ up his legs… and that was that game over. It was the first and last time we ever got naked together, I just couldn’t stand the thought of his love of Disney going to such extremes.  Interestingly enough, Disney characters are some of the most popular tattoos that British public request.

Some think that having your name tattooed on their person is the height of dedication, love and romance, in reality, according to a gay tattooist I met, its not as easy as you might think to have someone’s name engraved on you permanently. “Some of us refuse to tattoo partner’s names unless they have been married for about 20 years and we may actually ask you for proof. I am not joking.” He goes on with the reasoning for this. “There is a saying in the tattoo business that if you get someone’s name tattooed on you, you will shortly split up. We call it ‘the curse of the needle’.” (Ask Cheryl and Ashley Cole if this is true)

There is another reason to avoid some of those magical foreign symbols and words – you don’t always know what they mean. How many times have we heard of the guy with a wonderful tattoo in Persian or Chinese, thinking it was the name of their partner or some other magical symbol… only to find out later it actually means ‘Toilet’ or ‘Dumbass’ in the original language? I suppose this type of thing can be just ‘urban legend’ but it does make you wonder.

The popularity in people getting tattoos is on the increase. Pop fashion, sexy footballers and the plethora of really artistic tattooists has seen the upsurge in ‘walking art’ hit an all time high. For some a tattoo has other connotations: The numbers etched on prisoners in the concentration camps, the membership tattoo of many criminal groups, not forgetting the simple prejudice of people who are  frightened by ‘difference’.

I suppose in some cultures tattoos are very masculine and indeed part of the way of saying who you are, having said that I am far too much of a big girl to have had it done myself.  Having your skin indelibly stamped is a huge decision and one that shouldn’t be at the whim of fashion. However, I have to admit that some of the images I have seen are fantastic… though obviously not on me… and I must applaud the sheer artistry and talent of those tattooists. Some of the big ‘ideas’ can take many months to complete and some areas of the body are more sensitive than others… you might like to check on your pain threshold before deciding where the needle starts its work. Some tattoos are just plain strange. Denny in Liverpool said; “I met a guy who had ‘fuck’ tattooed on his bottom lip and wanted me to bite on it. I was not unduly surprised when he said he was unemployed.” I have heard that they can be quite addictive. I remember Marc Almond once saying that he just started with a small tattoo but now, in some ways, he uses his body as a canvas – adding ideas and images as and when.

Then I wonder… is there a competitive element to body tattoos? Paul, who admits to loving the idea of a ‘nice Celtic Cross’ but is now having second thoughts says: “I know someone with a tattoo of an upside crucifix made out of cocks on his leg. How do you top that or know where to start, and where does it all end?” At what point does the image stop being just an image but the major part of your personality? How extreme is extreme? Some of the facial tattoos are just plain scary but is the reason for this a complete sublimation of who you are… creating someone… or something… completely new?

Bent’s Top Five Tattooed Men We Would ‘Do’

He may sound like he’s a bit soft but with all these tattoos you know he’s a tough nut deep down and we wouldn’t mind seeing our name dedicated on Beck Pecks.

You are probably all thinking ‘who?’ But the leader of Crazy Town and their one hit ‘Butterfly (sugar baby) spent most of the video half naked and covered in tattoos and we liked, we liked it a lot.

Ok so he doesn’t actually have any tattoos on him that we can see, and believe us we have had a good old look. But what about when he was covered in tattoos (the map to the prison) as Michael Scofield in Prison Break, come on that was a hot look.

As Captain Jack Sparrow he took tattoo’s to a new level and it was still sexy, in real life he has some about him which only adds to the rocky foppish look that we all love. A gent with a dark side.