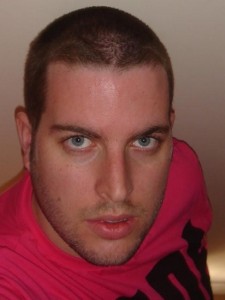 My boyfriend said that he’d had a surprise done for me while he was away in America working. I got really excited thinking of all the things it could be and looked forward to his return. He then built up the suspense even more as he would mention it over the next few weeks and yet not give me any clues. When he came back I learnt that the surprise was that he has had his penis pierced and the surprise is that I really hate it. If I was a top I don’t think it would be such an issue but as a bottom it’s adding a certain edge to the proceedings that I don’t really like. What should I do?

I really think the best thing to do is be honest. I can imagine your man went through quite some pain and efforts with getting that done, the things people do on work trips eh? It does sound like it was done more for him than it was for you. Maybe he’s just getting over enthusiastic and that is what’s causing the ‘edge’ and maybe just ask him to be a little less arduous. I have heard tell that it can add some wonderful sensations for both the top and the bottom, it might just take some practice, but then that could be fun couldn’t it?

I recently moved into a new flat where I live with two other guys and our landlord, we are all gay. We all got very drunk one night and myself and my landlord took ‘getting to know each other’ to a whole new level with a night of amazing sex. We have repeated this on a few occasions. Now it has become awkward though as he doesn’t want any rent, just the benefits and though I am really enjoying it I don’t like the fact the lines have blurred and it’s making me feel a bit cheap.

Oooh this is a bit of a tricky one. I would make sure you carry on paying the rent for various reasons a) you aren’t cheap and don’t want to be deemed as such b) legally you need to pay your rent, I assume you will have signed a contract and that could get complicated unless he wants to put something in writing that you don’t have to pay rent. The other option if you want to keep seeing him is to move elsewhere and see how the relationship goes.

I have been seeing a new guy for a good few months now and am finally taking him to meet my Mum and Dad. They are both fine with me being gay but I am worried they will take against John because of the age difference. I am 22 and John is 45 (not actually that much younger than my mother) and though I have hinted he might be a bit older I don’t think they have twigged by how much. How do I make this all much easier and not a big deal when they meet?

Dear Simon (how odd that sounds),

I don’t think I would mention it. I don’t mean that you should lie about it but just take him round and let them take him as they find him. If they ask don’t tell any fibs just say ‘yeah he’s 45’ like it doesn’t matter. If you make a big deal out of it they will too. They might have some concerns but just talk through these with them calmly and hopefully they will get to see why you love him and become big fans themselves. It as after all… your relationship not anyone elses.